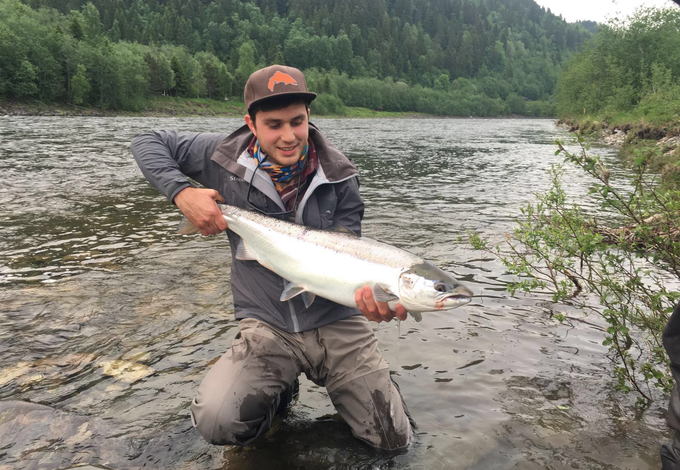 During the afternoon of June 1st, Giulio Righini was able to land his first Gaula salmon which was also his first salmon ever! Congratulations Giulio! Our 2nd fish of the season was caught on Beat L1. 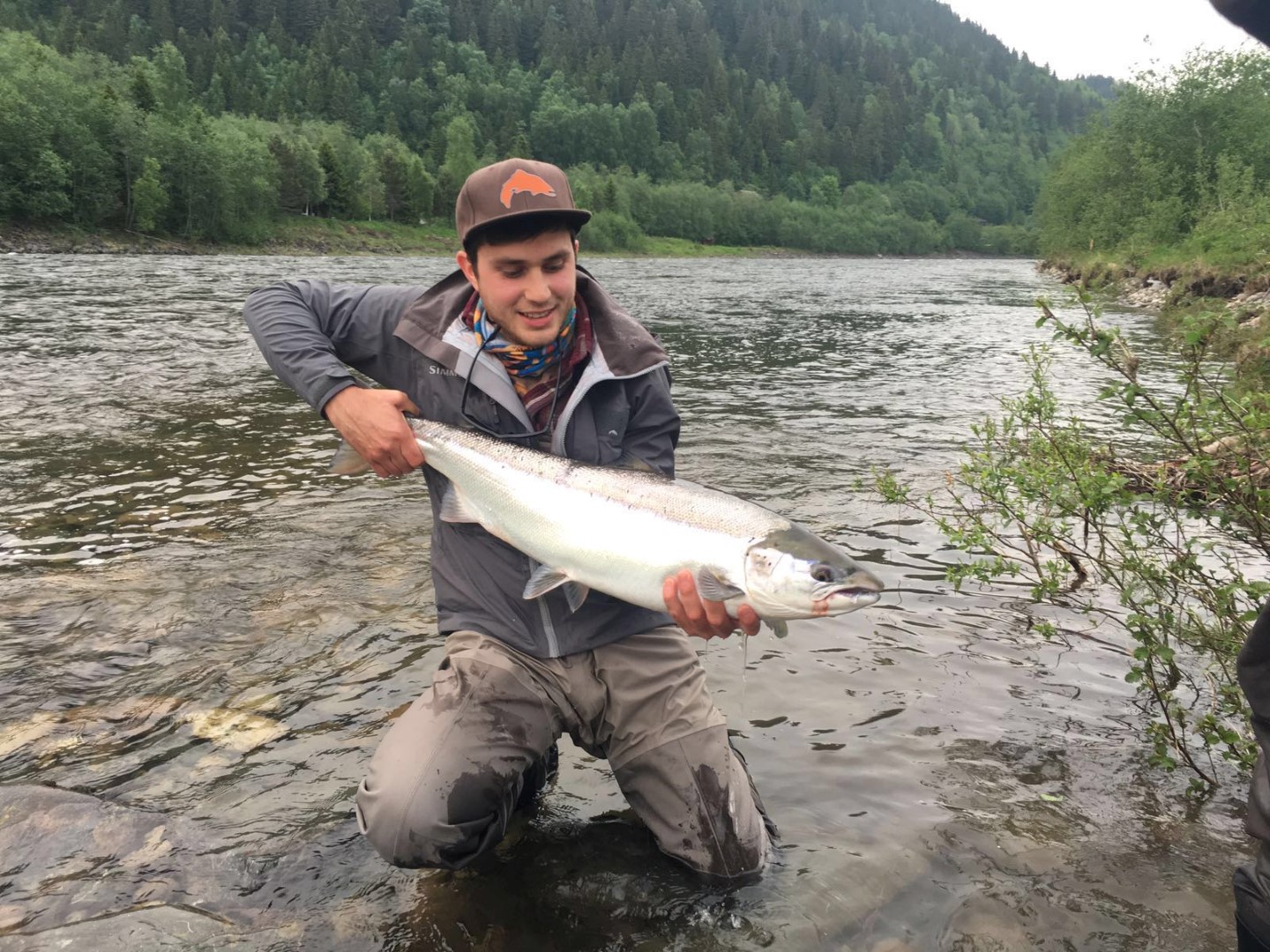 Giulio with his first salmon, measuring 90cm and probably weighing about 7kg.

The next morning Giulio fished our new Beat E6 and hooked his next fish – interestingly the fish was hooked in the small channel, just in front of the hut,  which we thought might fish well in high water, and it does! About 300 kbm was enough that the channel fished well and Giulio managed to hook fish in front of his feet – this time an even bigger one. It measured 94cm and was released as well, probably weighing 8,5 to 9kg. 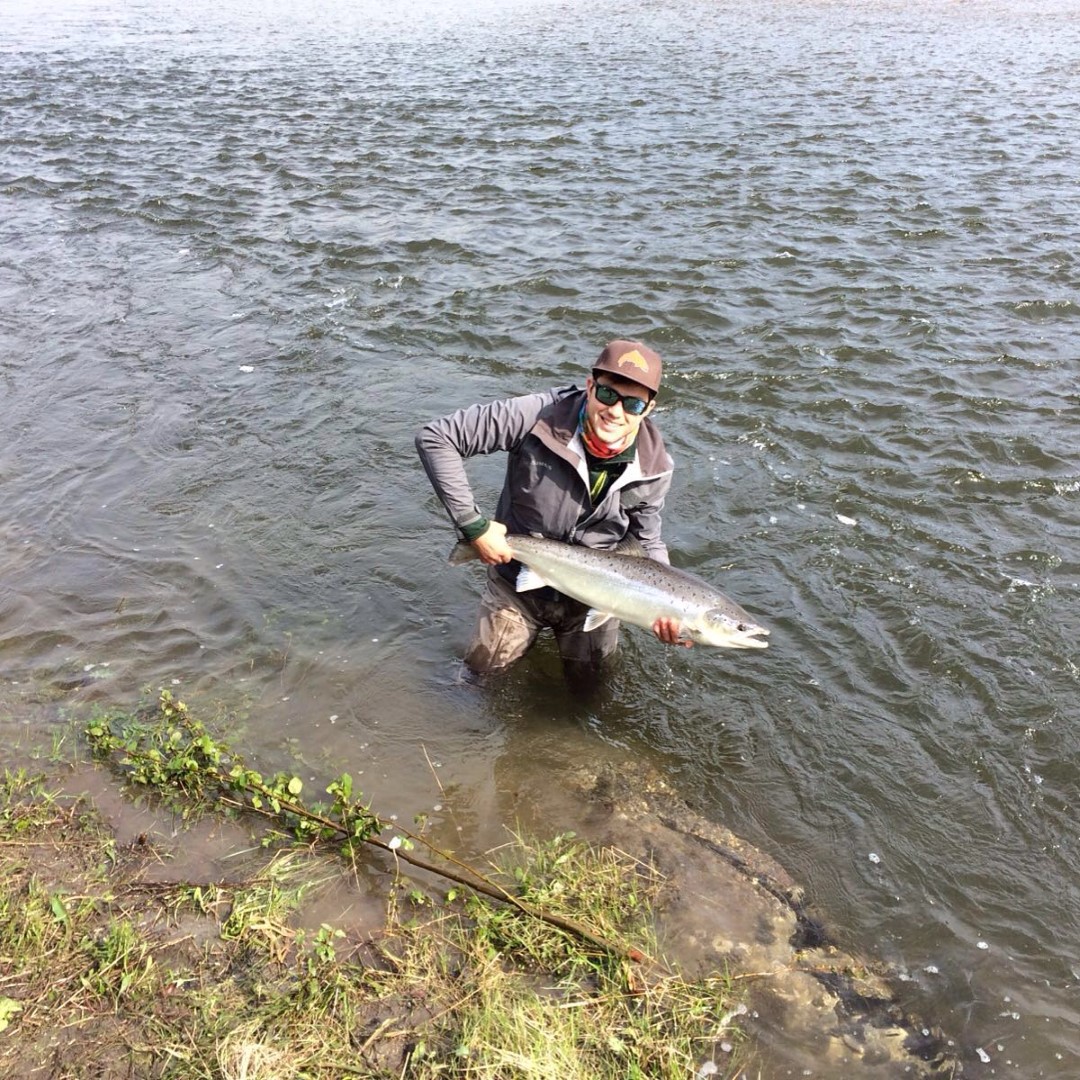 Giulio with his 2nd salmon on his 2nd day on the Gaula – congratulations!

Last night another Italian angler arrived. Lorenzo Nencini had never fished for salmon before and just wanted to try his luck for the first time. Lorenzo and his guide Alessio had a casting session on the night he arrived and the following day Lorenzo had our new Beat E7 on his rotation schedule. After only 1 hour of fishing, Lorenzo hooked into his first salmon. After an exciting fight, he was able to land his first salmon ever – and it was a big one! The salmon measured 109cm and weighed 12kg. 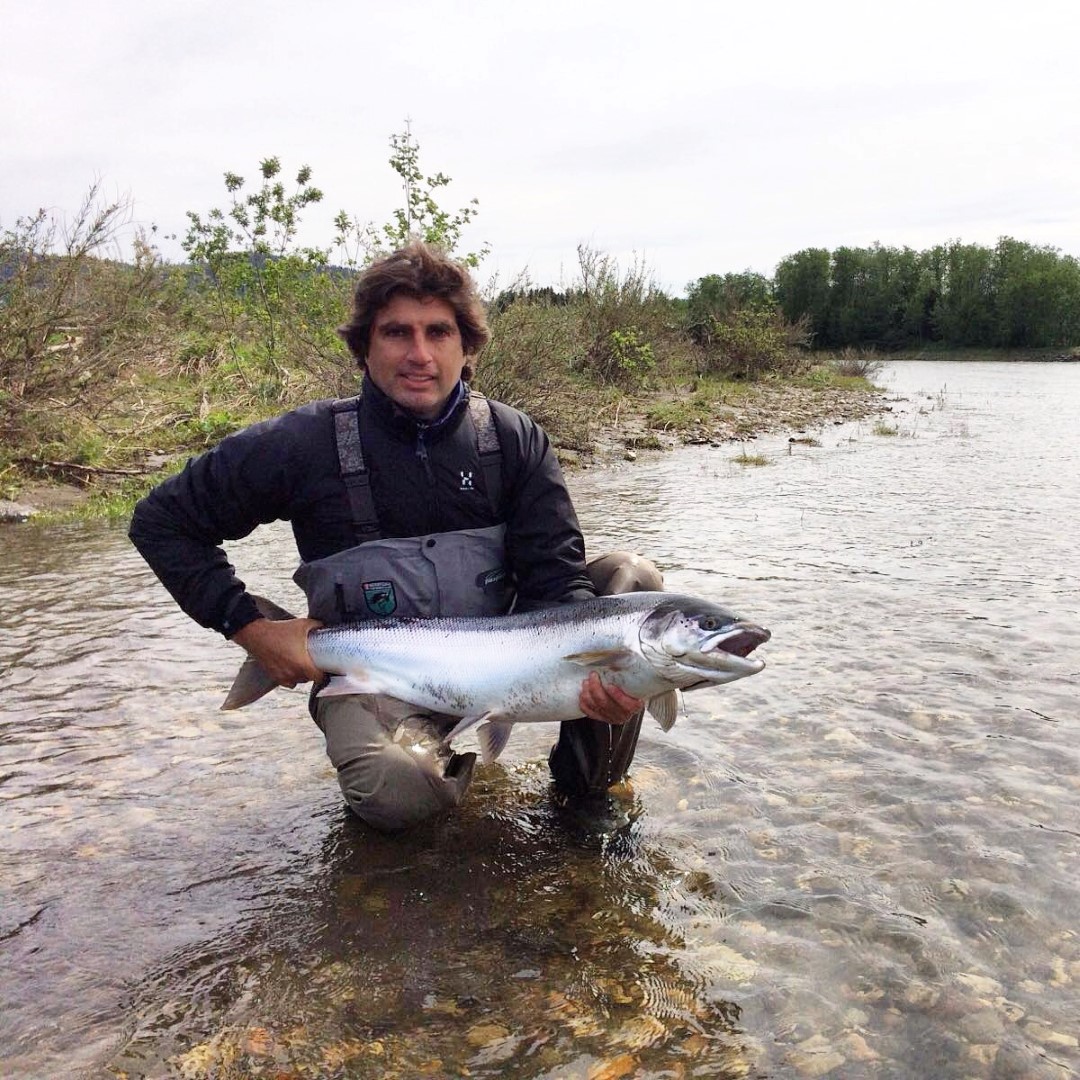 Lorenzo Nencini with his superb salmon from our new beat E7 – 109cm and 12kg.

It seems like the opening week of 2016 has so far been the “Italian week” at NFC – all fish so far have been caught by Italian anglers – Viva Italia!

The water levels have been fluctuating the last few days between 250 and about 300kbm at the Gaulfossen, but due to the warm weather the water temperature already rose up to 8°C, which means as soon as the water drops down to 180kbm or less, fish should be able to pass the Gaulfossen rapids. The prospects that will happen soon are good – the air temperatures are dropping and we should have less snowmelt, which means less water coming into the Gaula and the water level should drop. As we write this, with the cold evening, the water level has already reached 200 kbm. Either way, we have so much water below Gaulfossen that when you fish the NFC waters you are not dependant on the fish passing the rapids – but of course it’s more fun to have them spread all over. There are rumors that fish have been hooked yesterday above the Gaulfossen – but nothing landed so far, so we are waiting to see when the first one is landed!

The scientific test net report from the last 3 days have been great. the nets have been full of medium and big fish which are all on the way into the rivers of the Trondheim Fjord, that means the fishing should continue to improve over the next days and weeks.

We look forward to keeping you updated!