NFC was established over 30 years ago with a focus on preserving wild Atlantic salmon fishing on the Gaula River through the establishment of a Norwegian fishery management company. The aim of which would be to secure long-term fishing leases to protect portions of the river. NFC is now the leaseholder of over 13 kilometers of prime fly fishing waters on the Gaula. Our goal is to promote the conservation and protection of wild Atlantic salmon through education, management and collaboration with salmon conservation organizations. Our aim is to advocate the sustainment and growth of the wild Atlantic salmon stock of the Gaula river so that this natural resource can be appreciated for generations to come, and to help continue to support the regional community through the eco-tourism industry that the river naturally promotes. To achieve these goals, NFC works with various salmon conservation organizations within Norway and worldwide. At NFC we promote catch-and- release fishing as a way to promote a healthy wild Atlantic salmon population.

In 2012 the Norwegian Flyfishers Club was overtaken by Per Arneberg. Having grown up spending summers fishing salmon and trout water throughout Norway, Per saw the business as an opportunity to elevate the NFC and its fishery to a top international Atlantic Salmon destination. In 2014 the Rogstadmoen Lodge was completed, which would become the new headquarters of the Norwegian Flyfishers Club on the Gaula.

Since 2012, Per Arneberg assumed the role as the Chairman of the Norwegian Flyfishers Club, with long-time NFC manager, Daniel Stephan continuing on as the General Manager and Reservation Manager. Along with a dedicated team of chefs, lodge staff, guides and most importantly loyal customers, the NFC is today considered one of the premier Atlantic salmon destinations in the world. 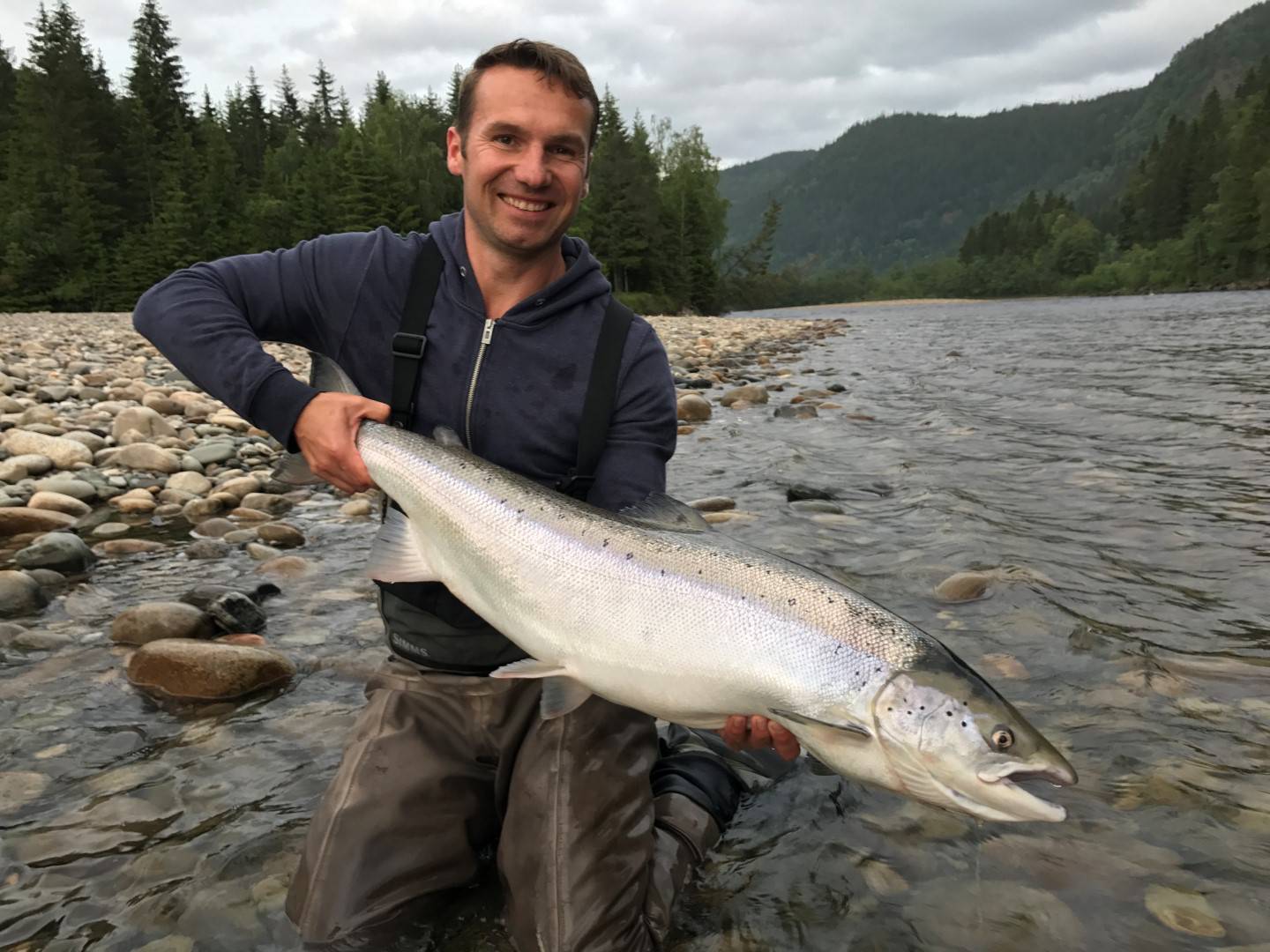 Daniel has been working with NFC since 2005. Daniel is an avid and talented salmon fisherman who has fished most of the major salmon rivers of Norway and throughout Scandinavia and South America. Daniel is an expert spey caster and fly tier. He has a deep knowledge and understanding of the Gaula River and NFC beats. Daniel’s role is as General Manager, with active management of the fishing and guides, as well as the lodge, kitchen, staff and operations. Daniel has a wealth of fishing knowledge and is happy to share insights with fishermen of all skill levels. 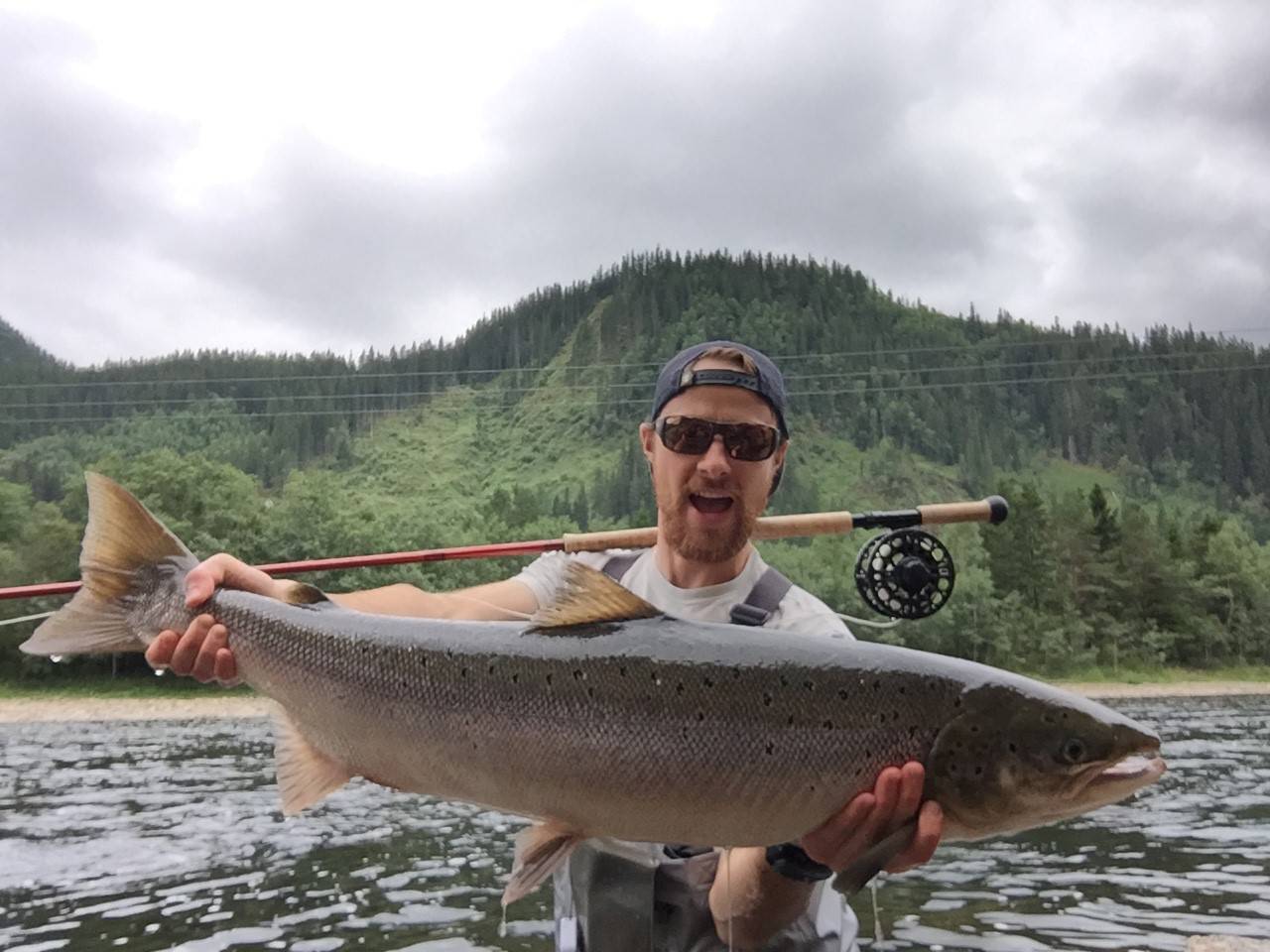 Per grew up trout fishing in the Telemark region of Norway and spent summers on the Lœrdal River, on the west coast of Norway, where he first encountered salmon fishing. By the age of 12, he had landed his first salmon of 12 kg. and his passion for salmon fishing was born! Per has been salmon fishing and exploring the sport and its rich history in his homeland of Norway, and around the world ever since. In addition to overseeing the management and operations of the NFC, Per has taken an active role and responsibility for continuing the NFC’s conservation work of not only the Gaula River, but wild salmon throughout its range.

NFC is considered the spearhead of the catch-and- release salmon fishing on the Gaula River. We actively promote catch &amp; release (or Live-Release) fishing. Over 95% of all fish caught on NFC water in 2017 were released, to continue their spawning journey. NFC supports salmon conservation projects in cooperation with the North Atlantic Salmon Fund, the Atlantic Salmon Federation and Redd Villaksen.

How we promote our philosophy

NFC actively promotes angler education in regard to catch-and- release (live release) fishing.  As well as working with conservation groups to protect wild Atlantic salmon from the consequences of fish farming, commercial fishing and environmental impacts. We feel that it is our responsibility to promote environmental stewardship in the river, as well as to try to make a greater conservation impact on the various issues faced by wild salmon today. As river stewards we feel it is imperative to start with local, grass roots conservation initiatives, such as promoting catch and release, working with the river management to limit the catch and kill quota, and support river wardens in the eradication of poaching and overfishing. On a worldwide level, we actively promote salmon conservation through partnerships with various major conservation groups, and their efforts to reduce and eliminate commercial net fishing, buyouts of commercial fisheries in Greenland and the Faroe Islands, and work to promote and educate on the benefits of closed-containment aquaculture facilities (closed containment salmon farming).