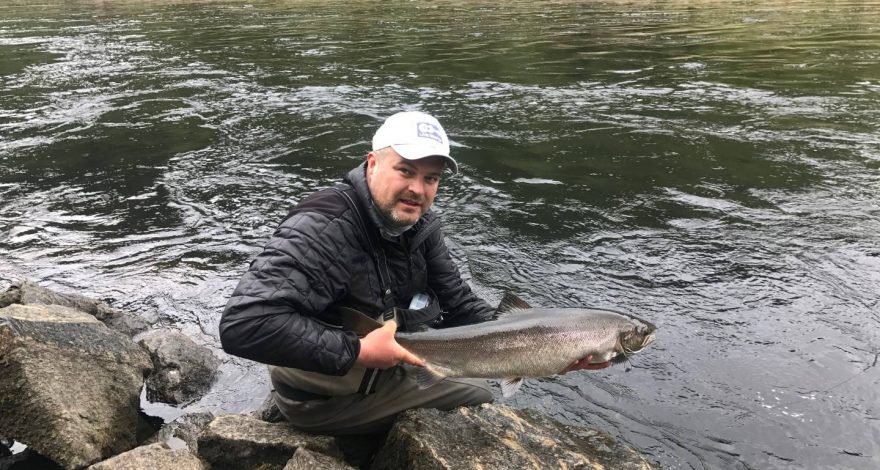 As we have all returned to our regular day-to-day work and family lives, and our thoughts start to drift to memories of the past summer fishing, and hopefully ambitions of great fishing to come in 2018, we wanted to share a short NFC 2017 season recap with you all.

First off, we would like to apologize for our delay in updates on our website towards the end of the season. Due to some technical problems, we were unable to update as much as we would have liked to, so we will use this opportunity to fill you all in.

The month of August marked a slowed period of fishing activity, mainly due to the long period of low water starting in mid-July. Although, even in tough conditions, especially on the lower river our fishermen were able to land some great fish.

In 2017, overall the Gaula experienced a good season

The registered total catch on the Gaula system during the 3 month season showed a total of 5,062 salmon with a total weight of 24.627kg /54,303 lbs. Over 62% of all fish caught were returned the river overall, whilst more than 90% of the catch on NFC waters was returned – that means the number of released fish has increased a lot during the last couple of years- a very positive trend! But still, from our point of view, the number should be much higher, as everyone would benefit from larger numbers of returning fish into the Gaula. Either way, it’s a positive step in the right direction. 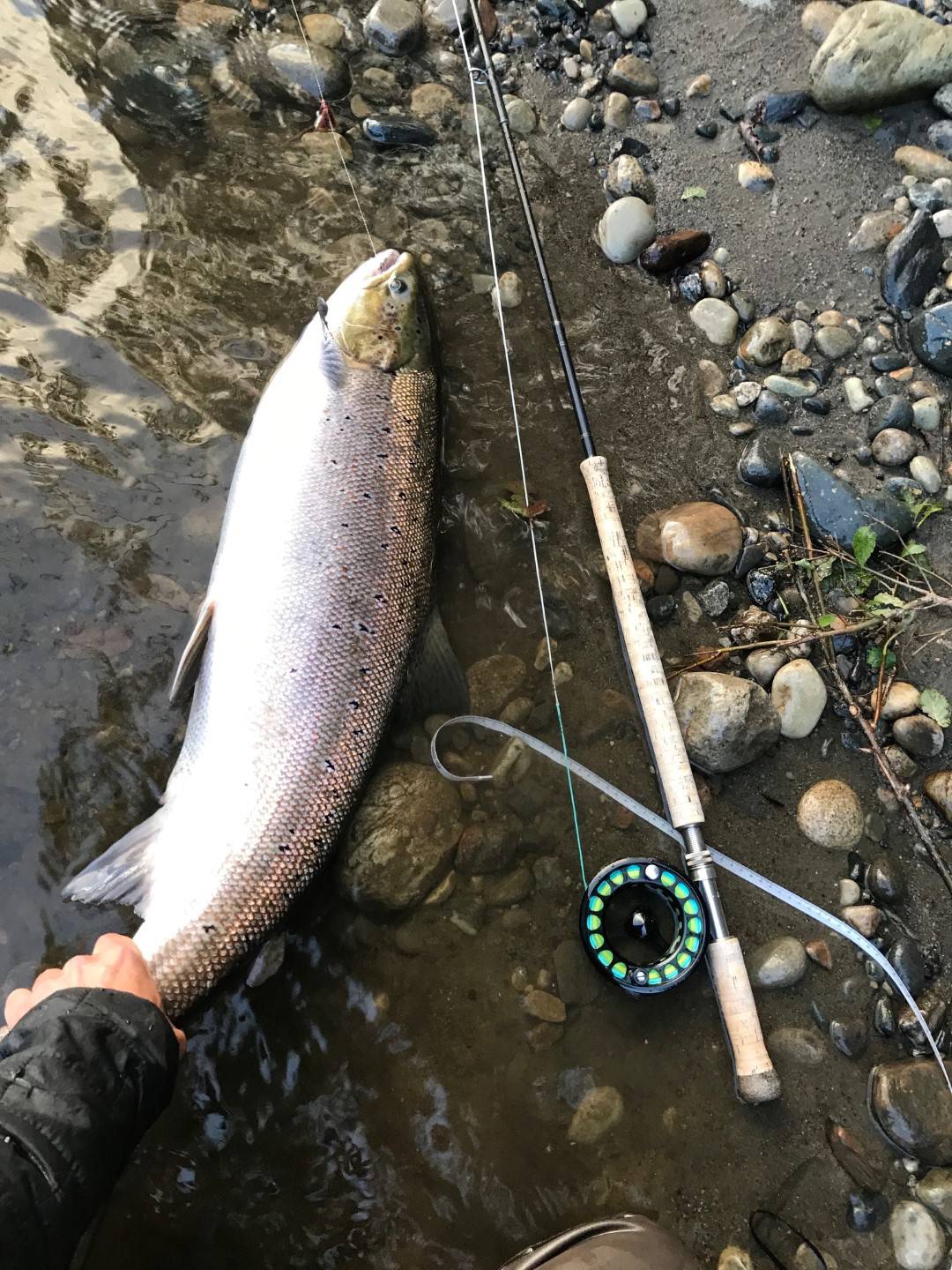 A big female salmon about 99cm caught and released on Beat D2a by NFC’s Daniel during week 33.

Another good sign for a good spawning year 2017 was the number of large female salmon, we were able to catch and release (similar to many beats throughout the river). Including in August, when most large fish we landed were females- a very important sign for strong spawning in the fall 2017 months.

Another superb salmon from the E-Beats, caught and released by Jörg Dresbach. 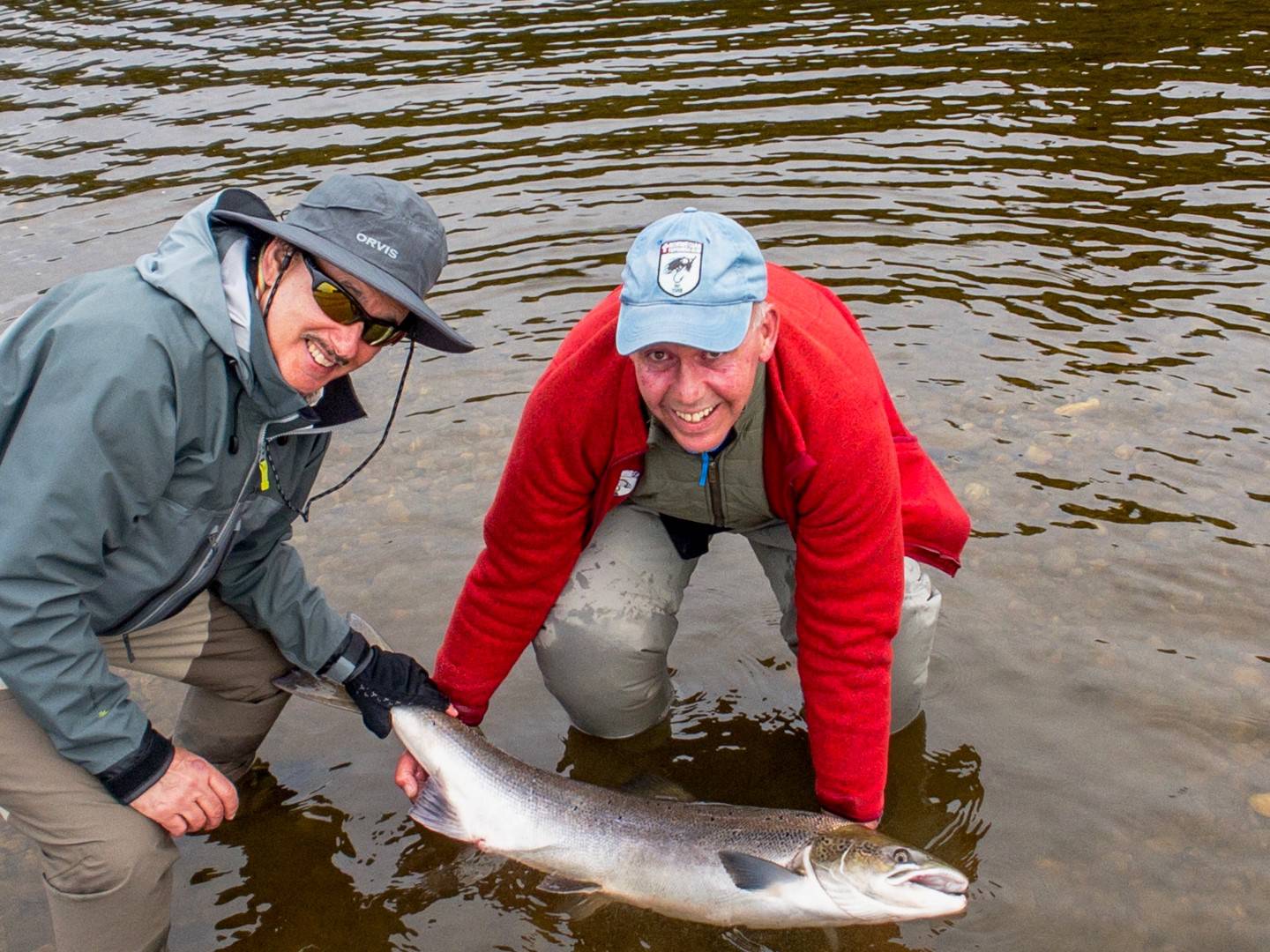 Jeff Miller with a beautiful fish of 108cm from Beat E1a.

Around the 20th of August we finally got some rain and the river rose, and we hoped for another run of fresh salmon, but alas, as is salmon fishing, while the rise did prove to stir some fish into action, it did not lead to the late-season run of fish we had hoped for.

That being said, August did mark a very strong grilse run, which the Gaula has been missing for some years- this is as well a very strong indication of a higher survival rate of single sea-winter fish returning to the Gaula, something which bodes well for the coming seasons! 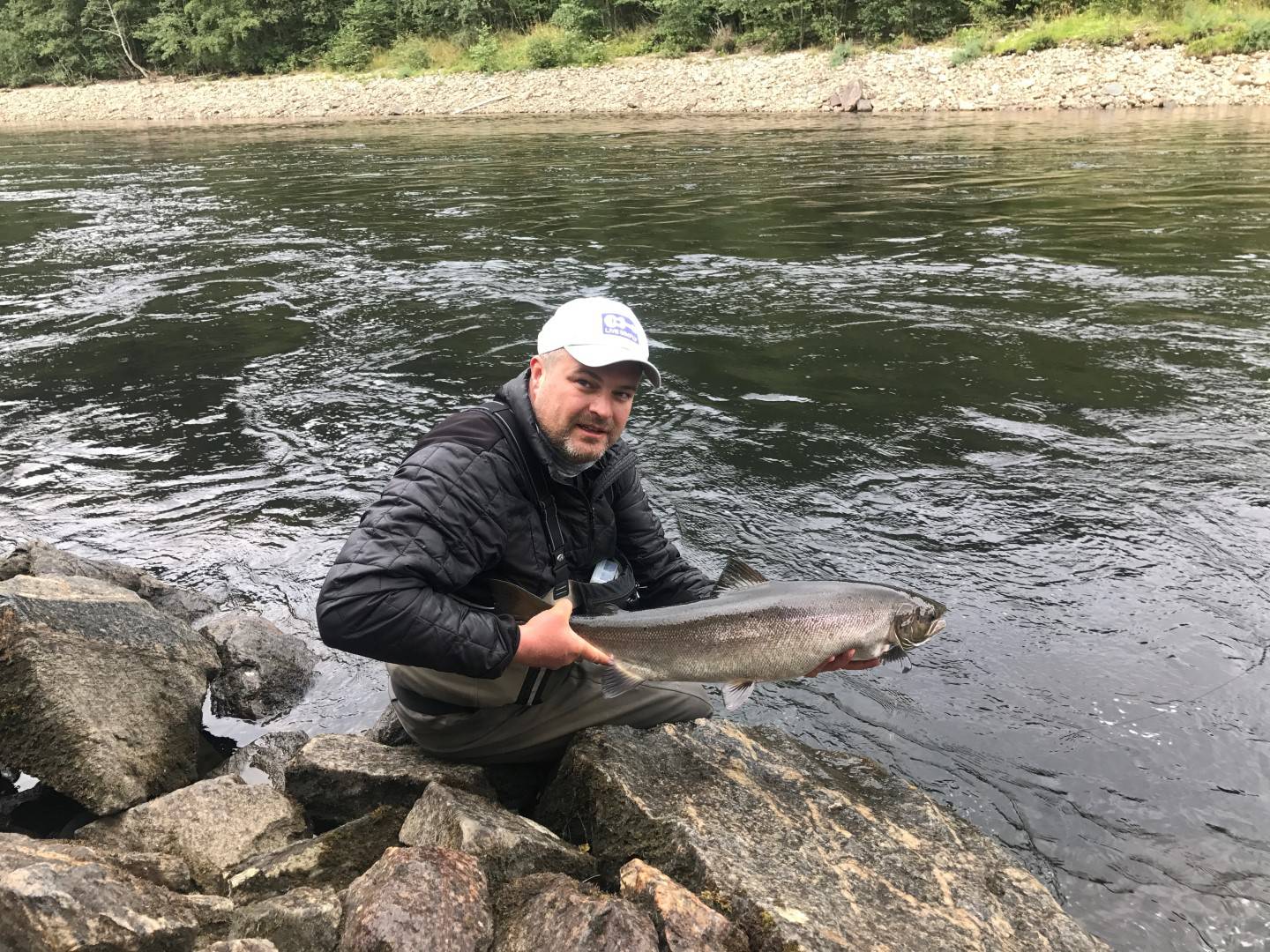 Danish guest Claus Hansen with a good salmon from our free Beat M during week 34.

Last Fish of the Year

Fittingly, the last fish of the season on NFC waters, after a long season helping guests land their fish of a lifetime, was carefully landed and released by NFC’s Daniel Stephan on Beat F. Another large female of about 10kg (22lb), and a wonderful send off to another great season in the books for the entire NFC team and family of fisherman. 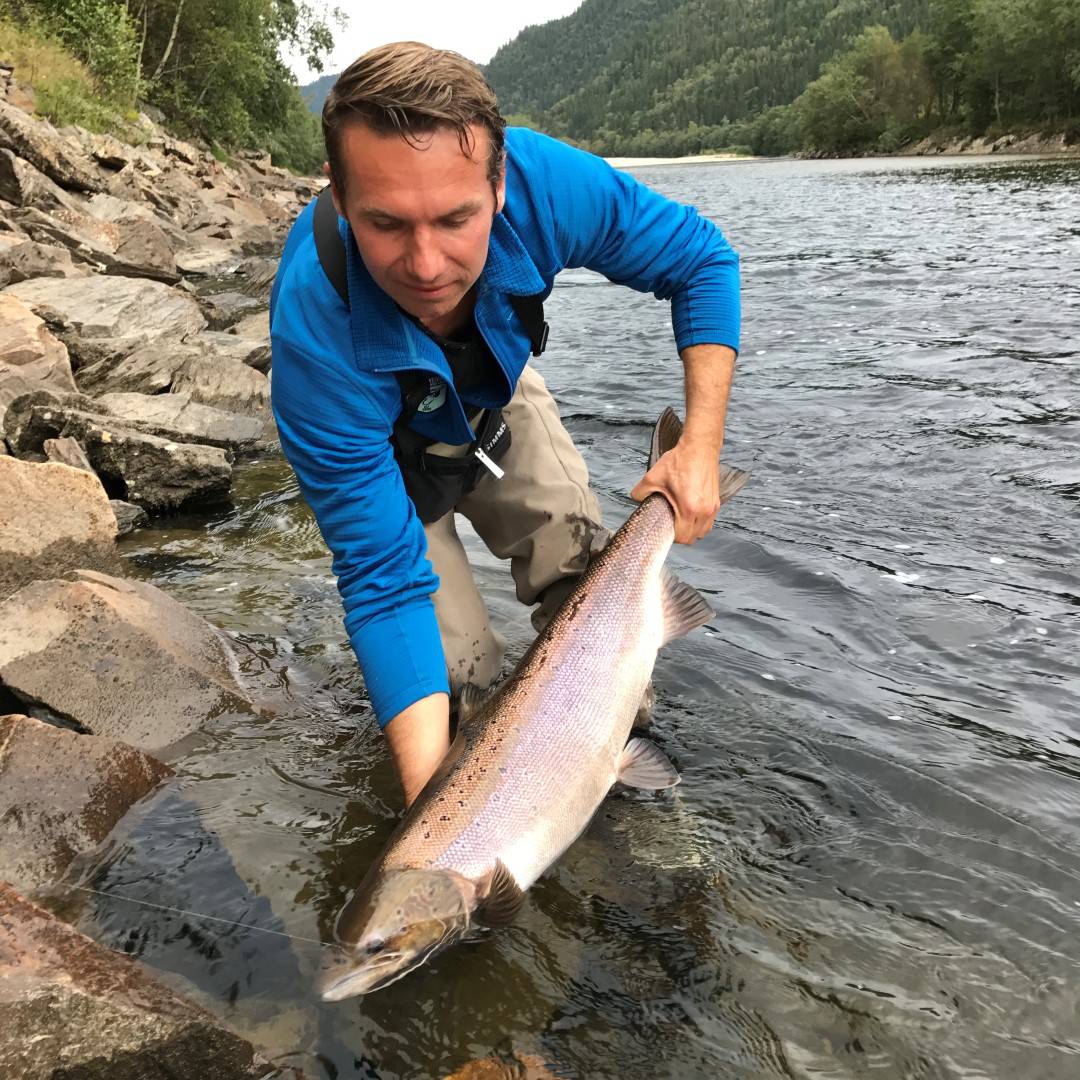 Daniel with his “season finale” from Beat F1.

We would like to thank everyone who joined us during the season for another memorable year on our favorite river, the mighty Gaula.  And a special thanks to all of our regulars returning year after year – without you, it would be simply not the same. It has been a great summer and we are already looking very much forward to the 2018 season and to share it with all of you once again.

We are already well into the process of bookings for the 2018 season and most primetime weeks are already fully booked, but we still have some great options available. If you are planning on returning in 2018 or thinking about fishing Gaula again next year – it would be the right time to contact us. Just drop as a short Email to: info@nfc-online.com and we will try to accommodate you and get back to you shortly. You are very welcome to fish with us 2018. 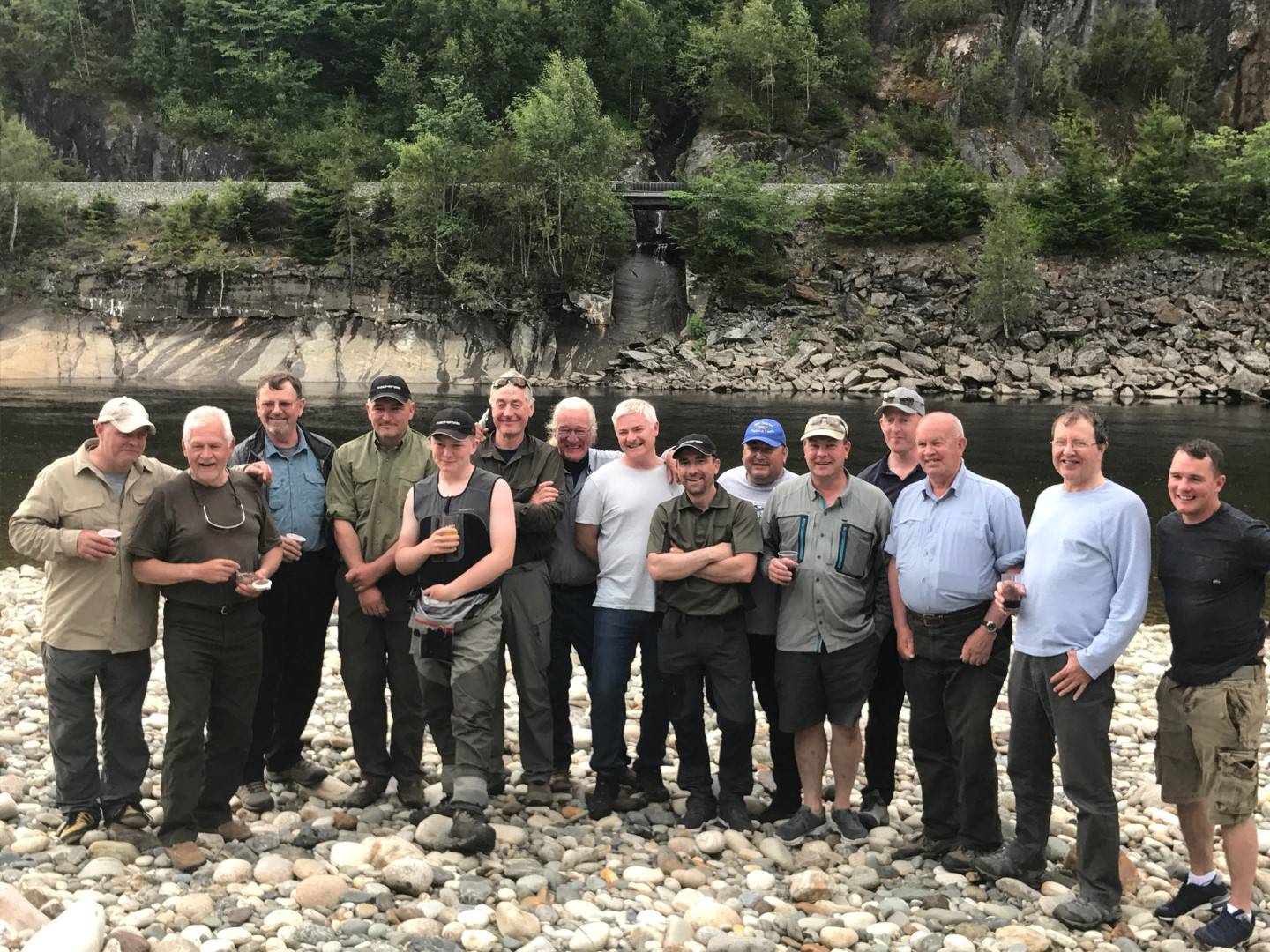 Great time with our Scotsmen in week 30 – we are looking forward to seeing you again!