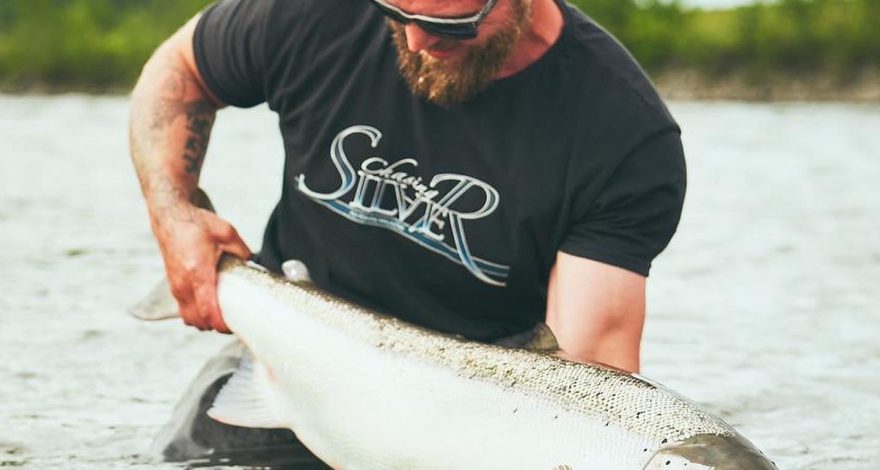 Good first weeks of the season and the salmon passed Gaulfossen.

After catching the first fish of the season we have been experiencing quite high water levels which were not ideal for our Beats, but the levels slowly came down and the fishing picked up. We were able to land some very nice fish during the past two weeks, mainly on the E-Beats. 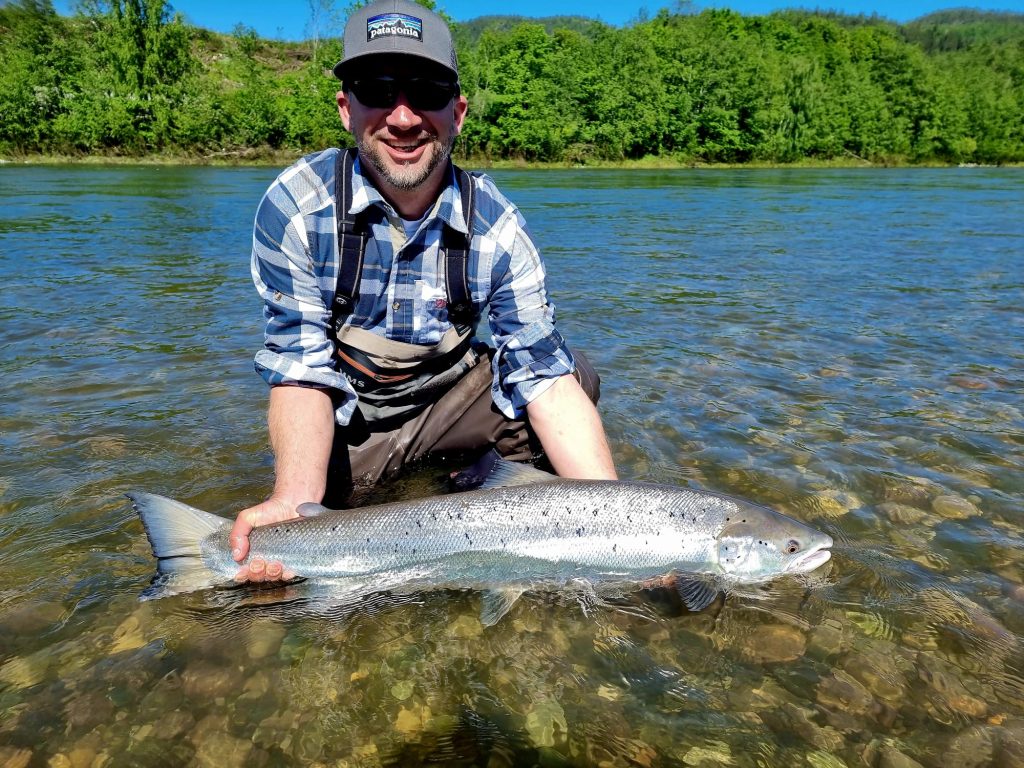 Also Irish angler Damien Torsney had a good time on our waters and was bale to land two great fish. 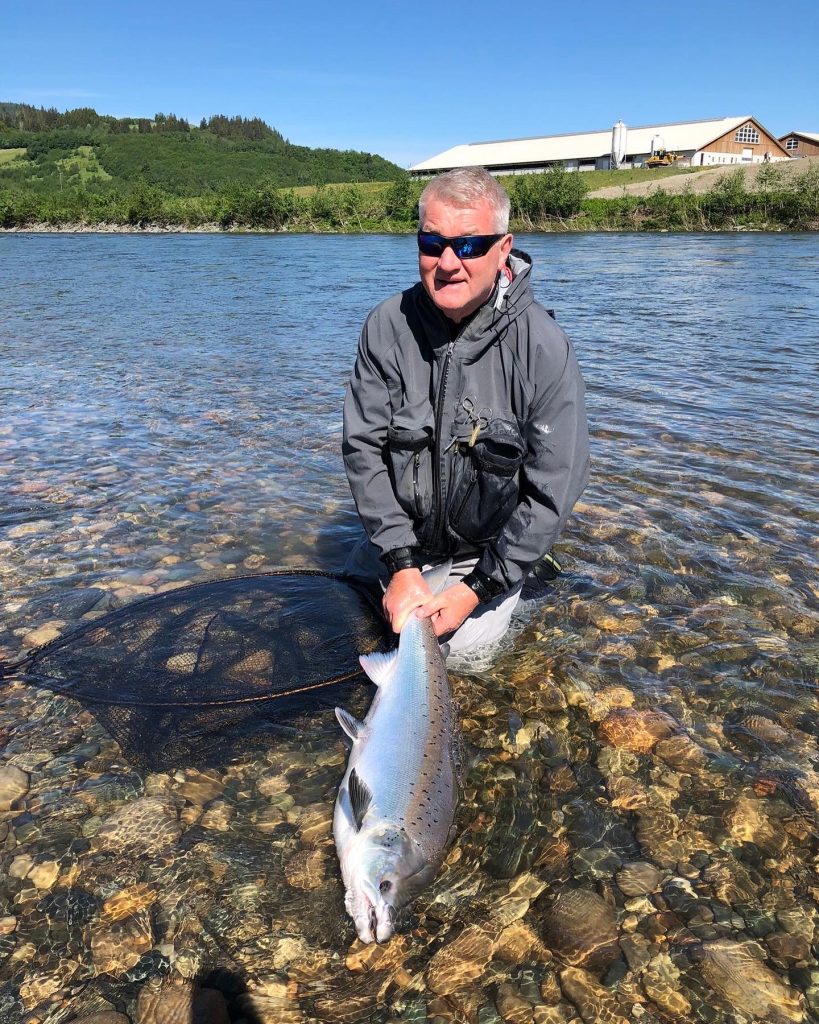 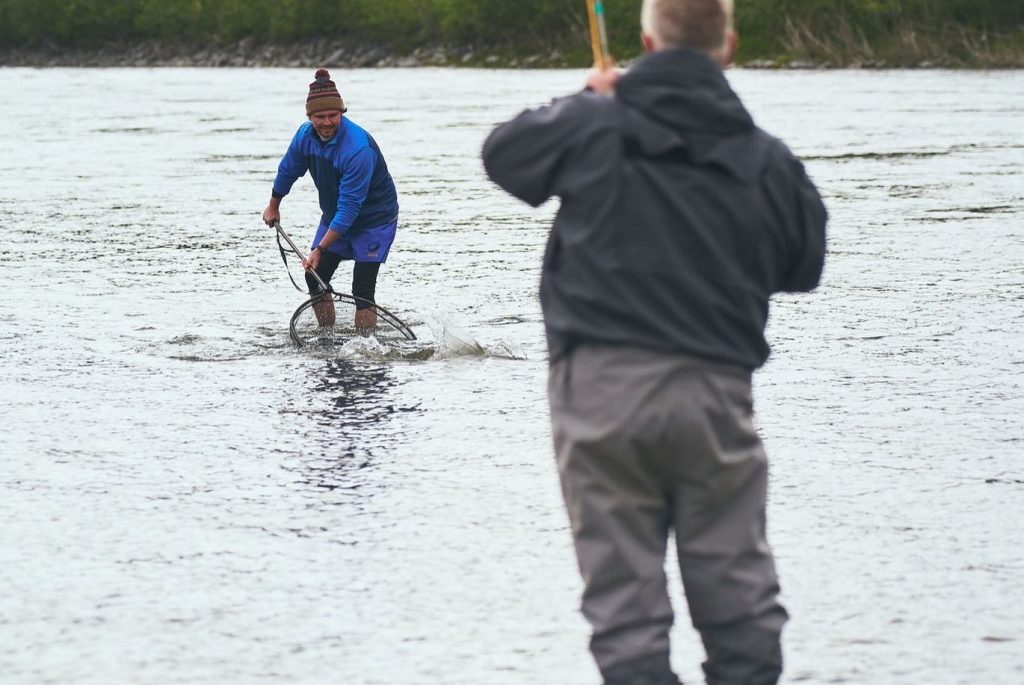 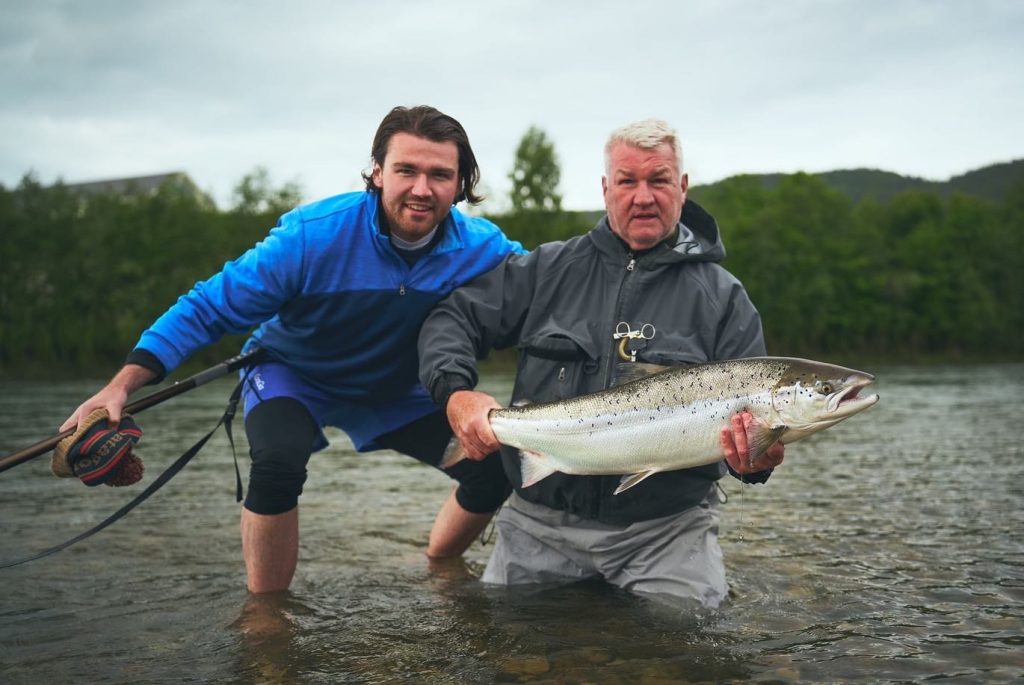 Also our French guests had success, so Jean Marie Freund caught a salmon of 10kg (22lb) and Bernard Bimboes, fishing the first time with us caught a great fish of 101cm. 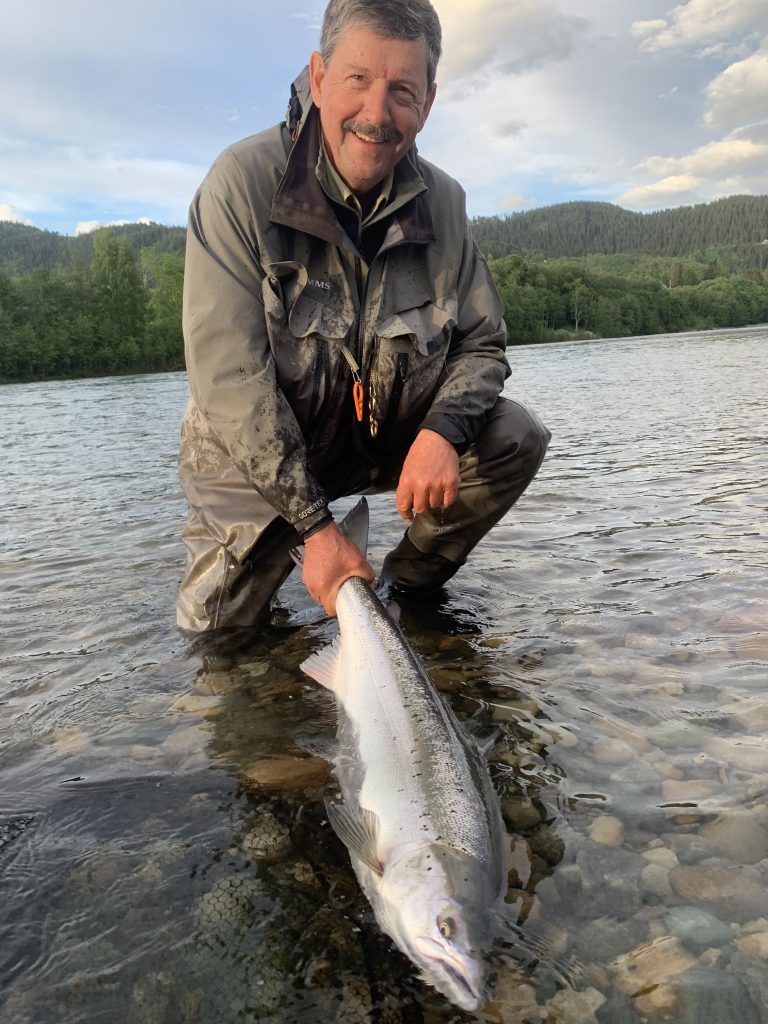 A beautiful salmon from the lower river from Bernard Bimboes.

Norwegian Angler Roar Kaald had a superb fish of 11kg (25lb) on the last day of his trip on our Beats. 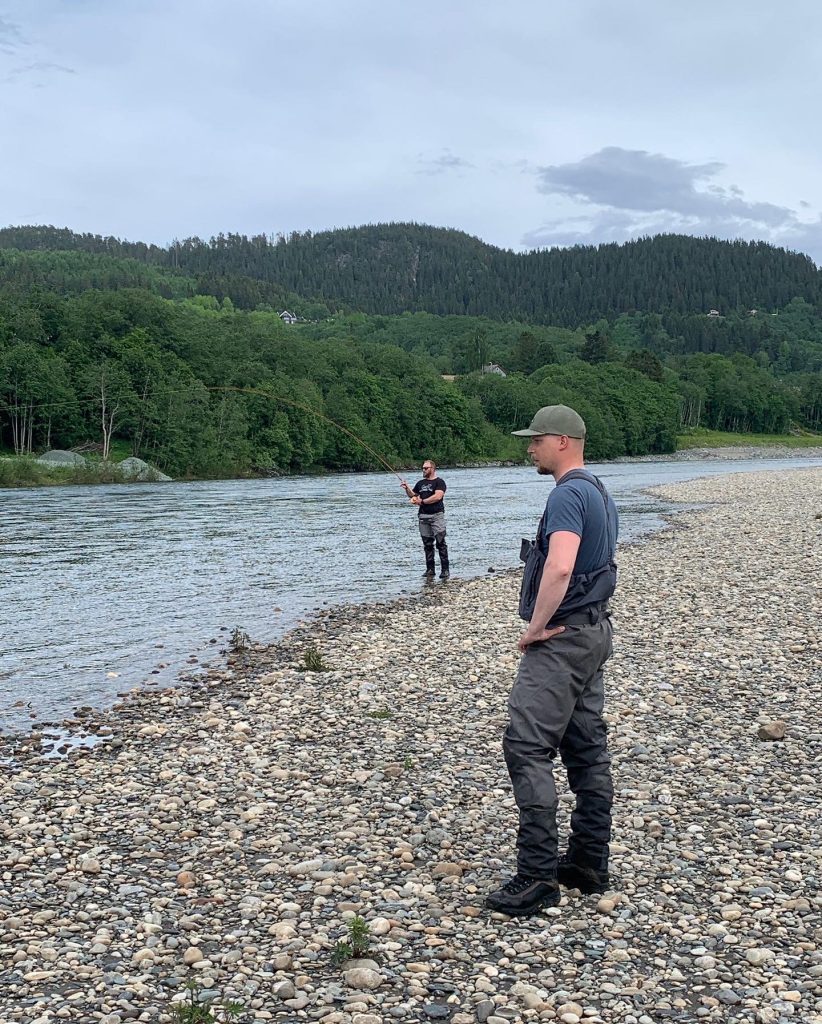 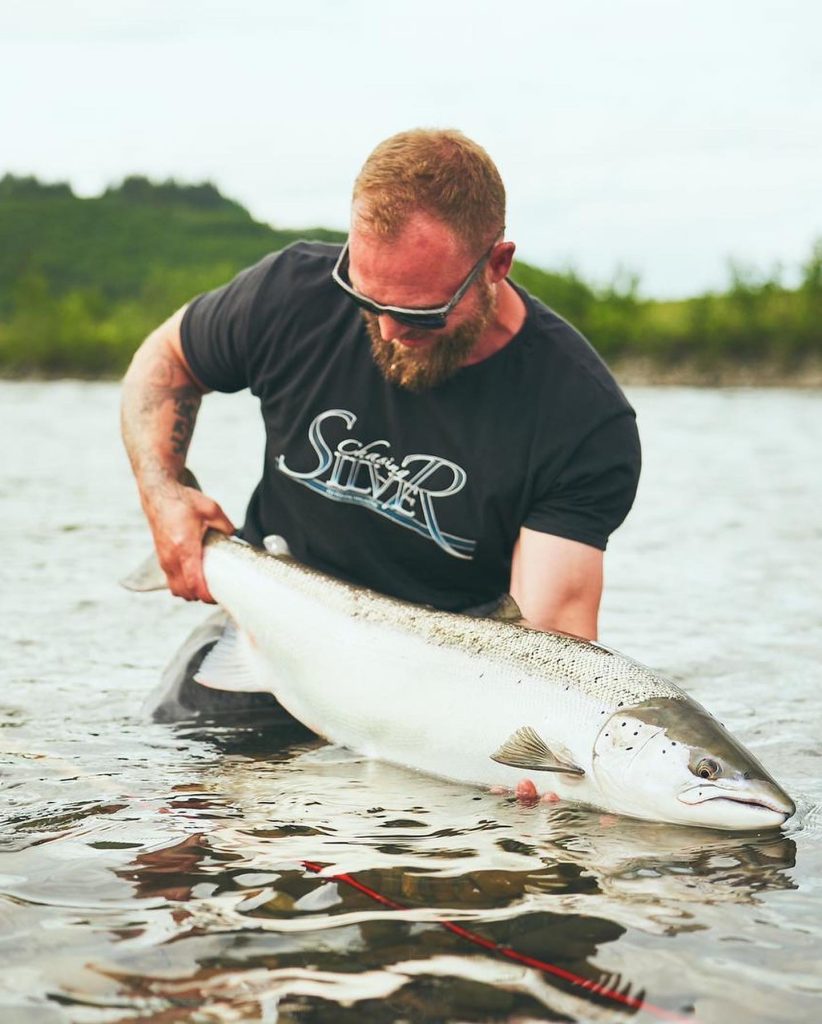 Roar Kaald with his massive salmon.

Our Finnish guests Pavo and Joel Niemi had a great start. During the first night they were able land their first salmon of the week. 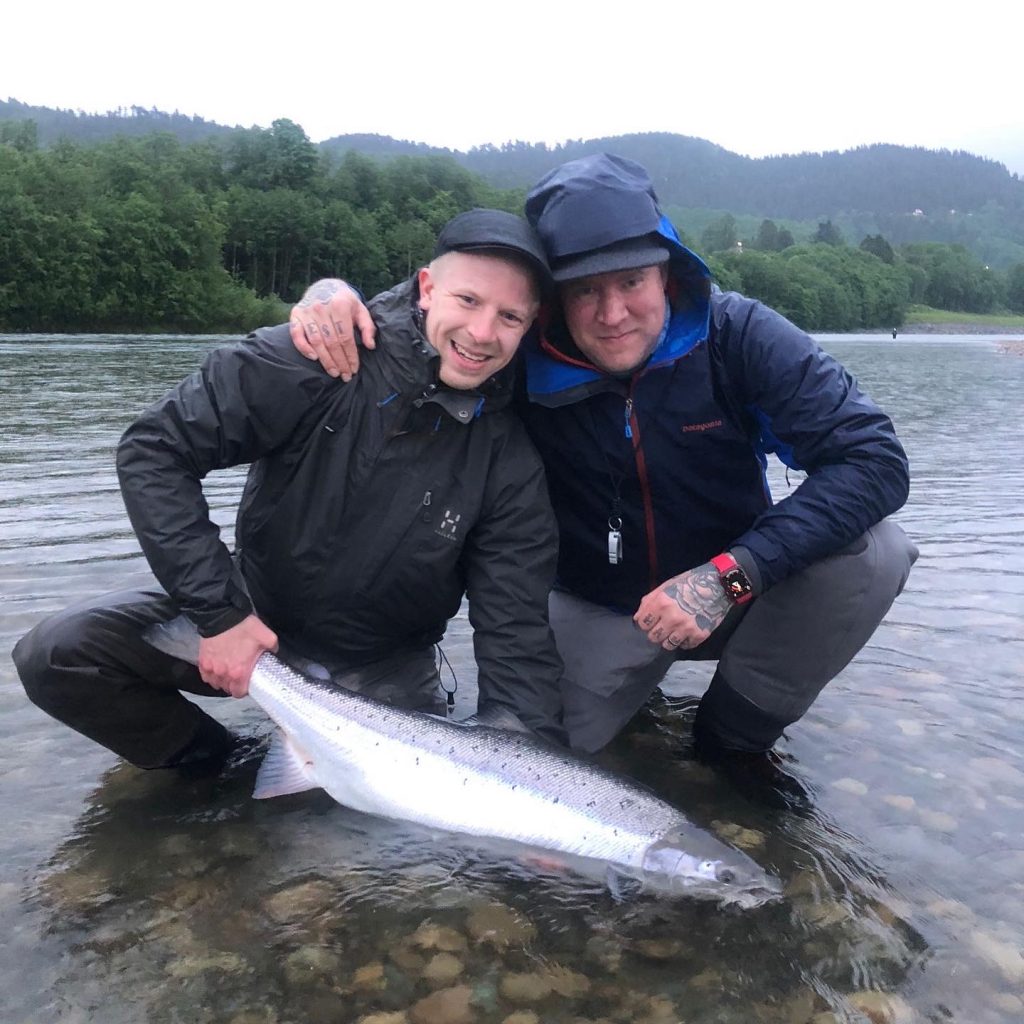 Pavo and Joel with the 2nd fish of their session.

Finally the water levels dropped constantly day by day, and Monday afternoon the salmon were able to pass the Gaulfossen rapids. It always takes a bit time until they reach our Beats in Støren but Swedish fisherman David Roberts proved that the fish are already here – at A1 he was able to catch and release the first salmon on NFC above Gaulfossen this summer. 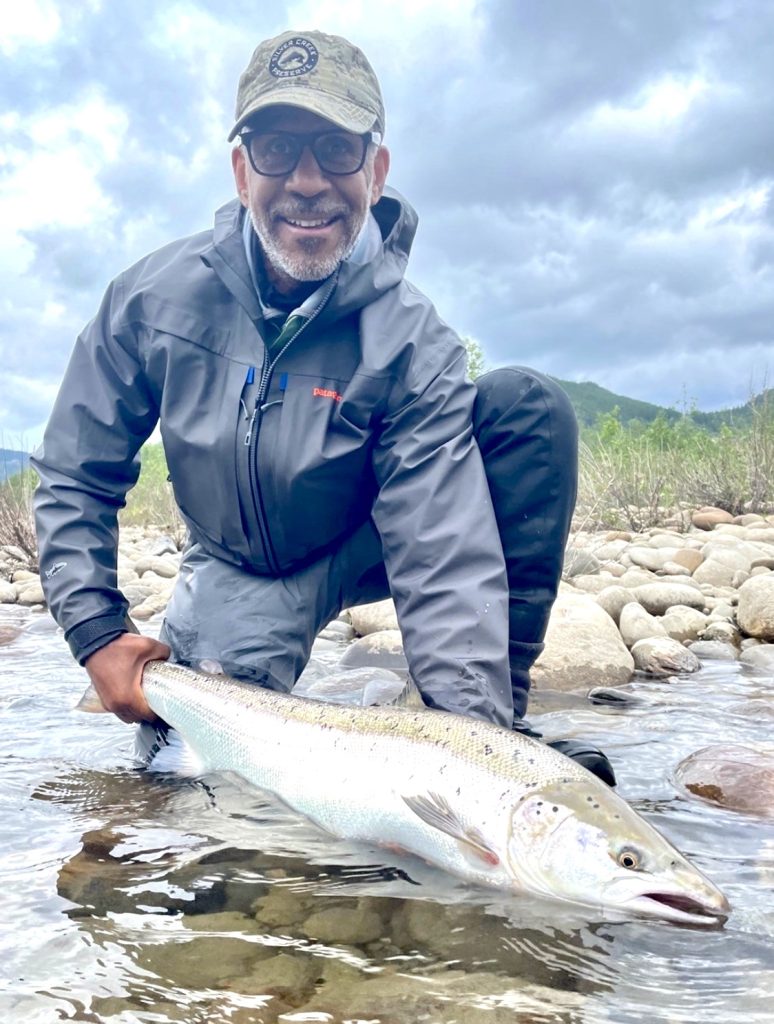 The first salmon above Gaulfossen at NFC – David Roberts showing a nice fish of 91cm.

Now our guests can fish the whole rotation. The fish should have reached even the higher Beats as Bogen Søndre by today and we are super exited about the days to come. We already had reports of some lost fish at Lodge Pool and our fishermen have seen quite some fish moving. There are certainly great times ahead! We will keep you updated.