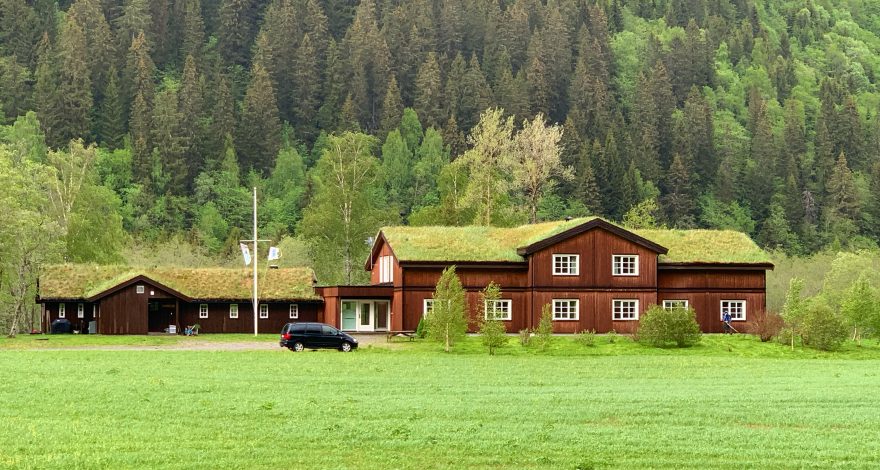 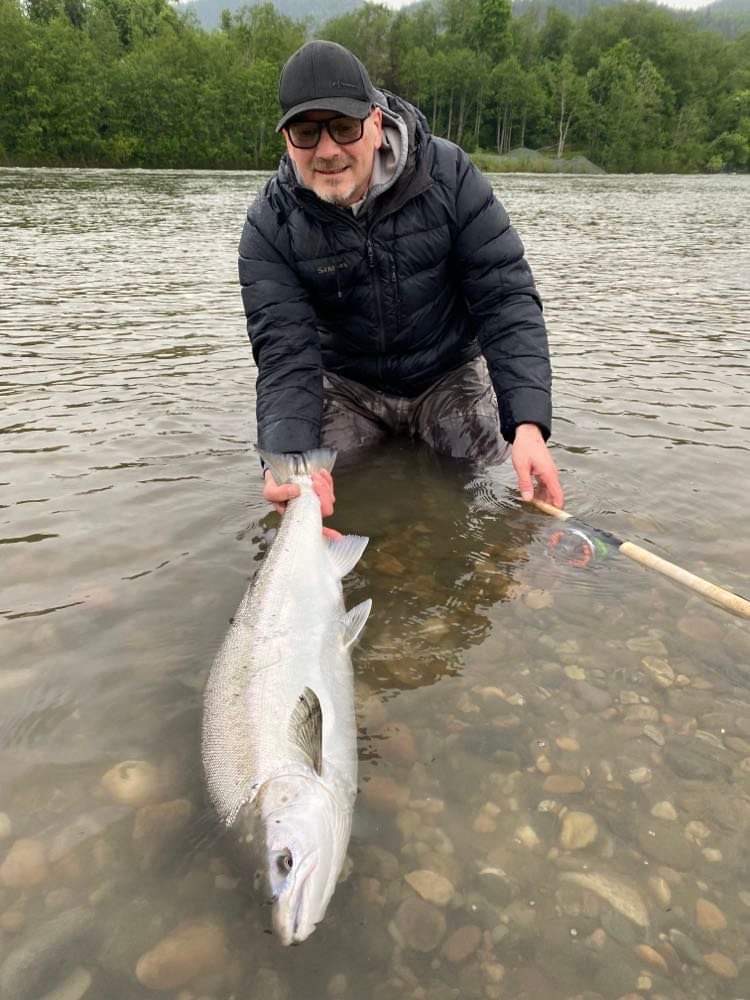 The first salmon of the 2022 season, caught by Eirik Fjelldal at Beat E3.

After arriving last week and preparation for a full fishing season on the Gaula, we were finally able to make our first casts. Just after midnight our Swedish guest lost a nice fish on Beat E2. Later during the night our Norwegian guest Eirik Fjelldal was able to catch and release the first salmon at NFC on our Beat E3, which he estimated to weigh about 8,1kg (18lb) – hopefully one of many more salmon to come during the opening week!

The Gaula is running high and cold between 300 and 400 m3 per second during the opening days -typical “old days” Gaula early season high water – but there definitely some nice fish around! 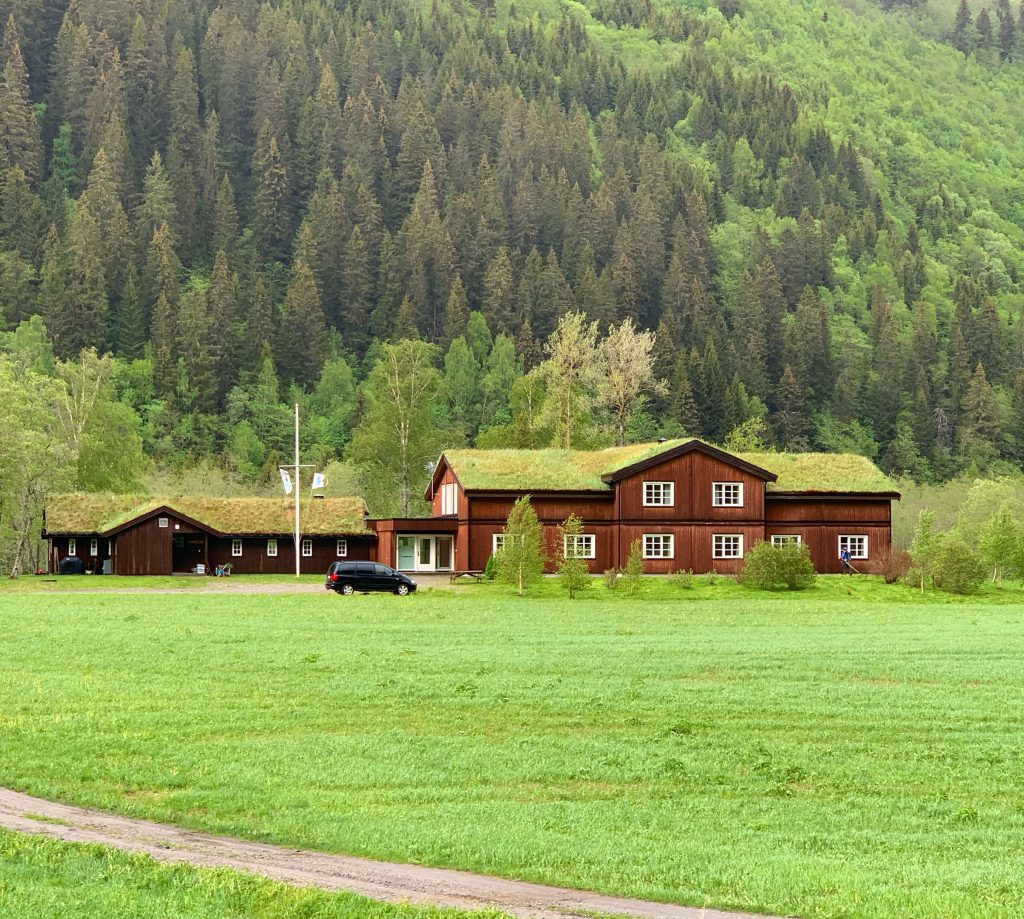 The NFC Gaula Lodge is prepared for our guests!

After two Covid-seasons with a lot of restrictions we are glad that this year everything is back to normal, no restriction to enter Norway. It will be fantastic to see everyone back this summer and have a good time on the river.

There is a very big snowpack in the mountains, so the river will continue to run big and high as the snowmelt and rain both contribute to high water conditions. While the river is high enough to make fishing all beats challenging, and surely no fish have passed the Gaulfossen yet- it is good that there is that huge amount of snow which should ensure that the Gaula has good flows throughout the season. This will certainly help to stave off any low water at the backend of the season.

View from Beat B1 shelter today on the 31st of May.

The test-net catches in the outer fjord over the last few weeks have been very promising- quite a few medium and large salmon have been caught and released in the scientific netting.

As soon as the rive stabilizes a bit, we should have an excellent chance to catch some more big bright June fish in the lower river. We assume that it will take some time until the fish are able to pass Gaulfossen rapids this year.

We are super exited to be back and certainly will cast some big tube flies and try our best to hook up with the first salmon of 2022!

We are fully booked most of the season but have a few gaps here and there, especially in the late season, which could be quite interesting this year with all of the snow in the mountains. Anyone with a last-minute itch to scratch and want to come and fish the Gaula, feel free to get in touch, and we will do our best to fit you into a spot that works for you.

A few things have changed due to the new rules to fish the Gaula. Every angler has to register himself at www.elveguiden.no or download the App on your smart phone and buy the “GAULAKORTET” for NOK 200,-. Also the fishing license has to be bought online for NOK 286 at https://fiskeravgift.miljodirektoratet.no .Both has have to be bought and registered you begin to fish – and so that we are able to provide you with a disinfection certificate.

All caught fish will have to be registered as well withing 12hrs after catching via ELVEGUIDEN at the “Laksebørs”. We also will send each booked fisherman an email with the links and some more info about our own fishery. While this may seem like an inconvenience, we think that overtime this new system will be a good one to help protect the river and salmon with solid transparency around catches and statistics- we are happy to help if you have any trouble with this. 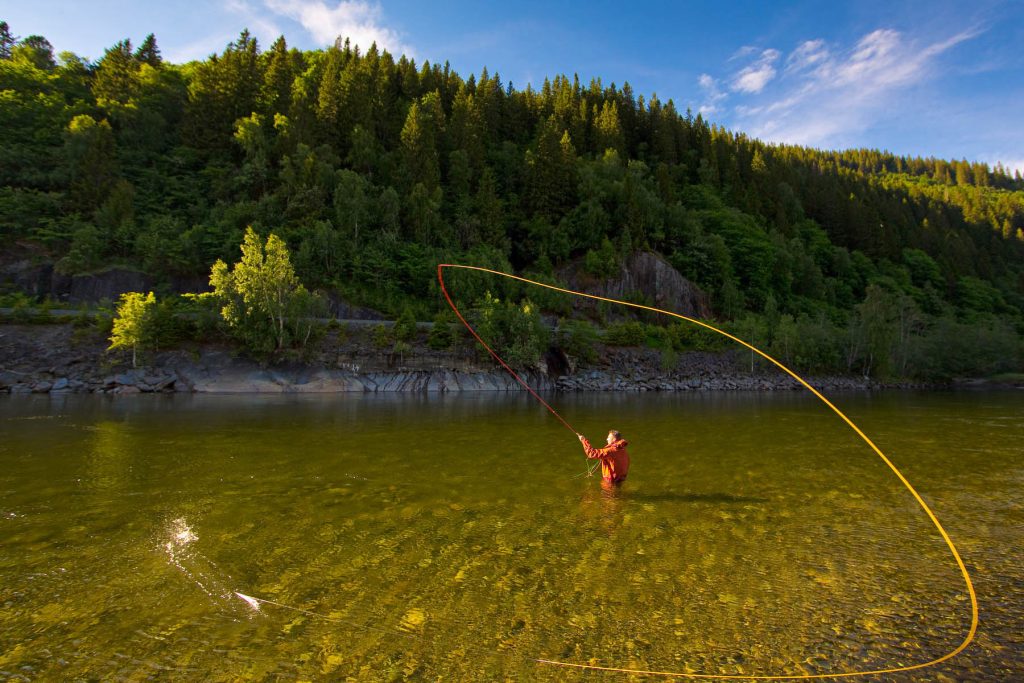 Of course we will keep you updated on how things go at NFC the next couple of days, weeks and throughout the season.

Nothing left to say but….WE ARE VERY EXITED for 2022 Gaula salmon season!!

Let’s make this a great season!