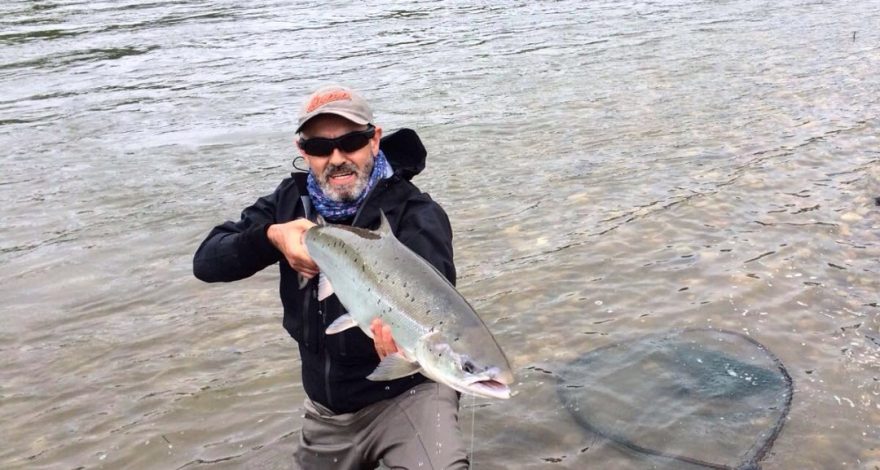 After preparing all our beats and the Lodge for the coming season we finally got started last night. Due to snow melt the water level rose quite a bit up to 399 kbm  at the Gaulfossen gauge. But already short after midnight some fish have been caught on the lower river – it looks like a good start as on the whole lower river are caught a good number of fish in good sizes already. As usual, after the water rose in the late evening and night, during the morning the water started  dropping quickly – which is of course n advantage for all fly fishermen, so also on our beats and the first salmon of the season 2016 has been landed by our Italian guest Stefano Stefanacci on Beat E3 at 11h at a water level of 299kbm.

Stefano fished a big Orange tube fly – the salmon took the fly very deep and bleeded, so there was no chance to release it.

Also our other fishermen got in touch with some fish on Beat L1 but could not hook them properly. But we are sure to get some more catch reports in today – exiting to see how things move on this first day of the season, but we can say we are all very glad to be back! The prospects are good, there are a good number fish on the way to the river, the test net fishing at the outer fjord has been good and very promising for us up on the rivers at the Trondheimfjord.

We are looking forward to the days to come! We keep you updated.