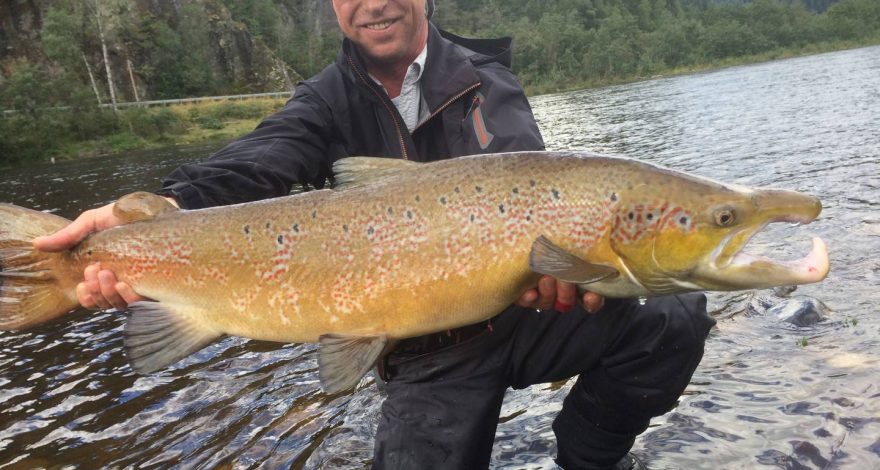 With varied weeks, some exceptionally large fish, and a slower back end, the Gaula seems to be back fishing as we all dream of!

First of all, we would like to thank all of our guests, both returning friends and clients, as well as first-time guests coming to fish and stay with us at the Norwegian Flyfishers Club, on the Gaula! We had a wonderful season, with many great fish memories, pleasant evenings by the fire at the NFC lodge, and countless old and new fish tales to keep us warm through the winter!

We want to apologize that we have been late with our reports for the last few weeks of the 2016 season. We had a full lodge and there was simply little time to update. The fishing during the last 3 weeks was not particularly hot, although some really nice fish were caught during this period.

In week 32 we experienced super cold temperatures, down to 3 °C at nights and only 7 in the day! This obviously slowed down the fishing a lot. Regardless, we had some nice fish caught by Günther Popp for example who was able to land a nice fish on Beat G1 which he estimated to weigh about 10kg. 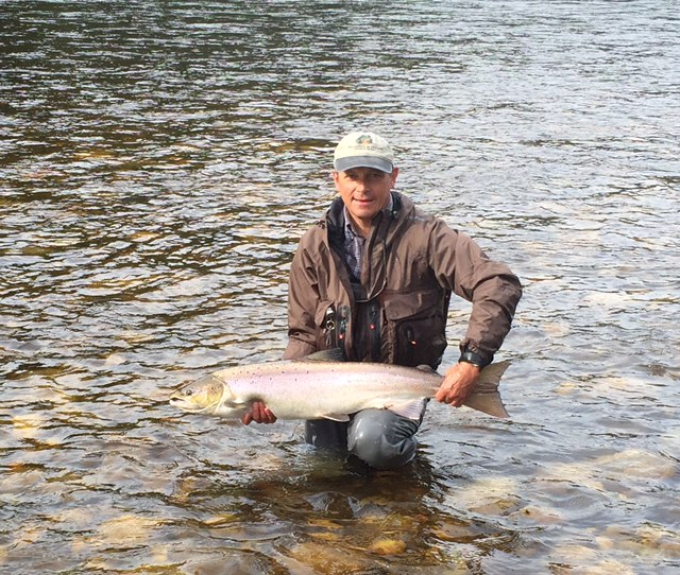 Günther with his great fish from Beat G1.

Several grilse were caught as well as another big fish by Timo Järvinen which measured 104cm and was estimated to weigh about 11kg – a very fat fish, already in its spawning colors, from the lower part of Beat C2. Rüdiger Kolbe, a participant of the annual German flyfishing course held by Berd Kuleisa, managed to land a good fish on Beat G1. 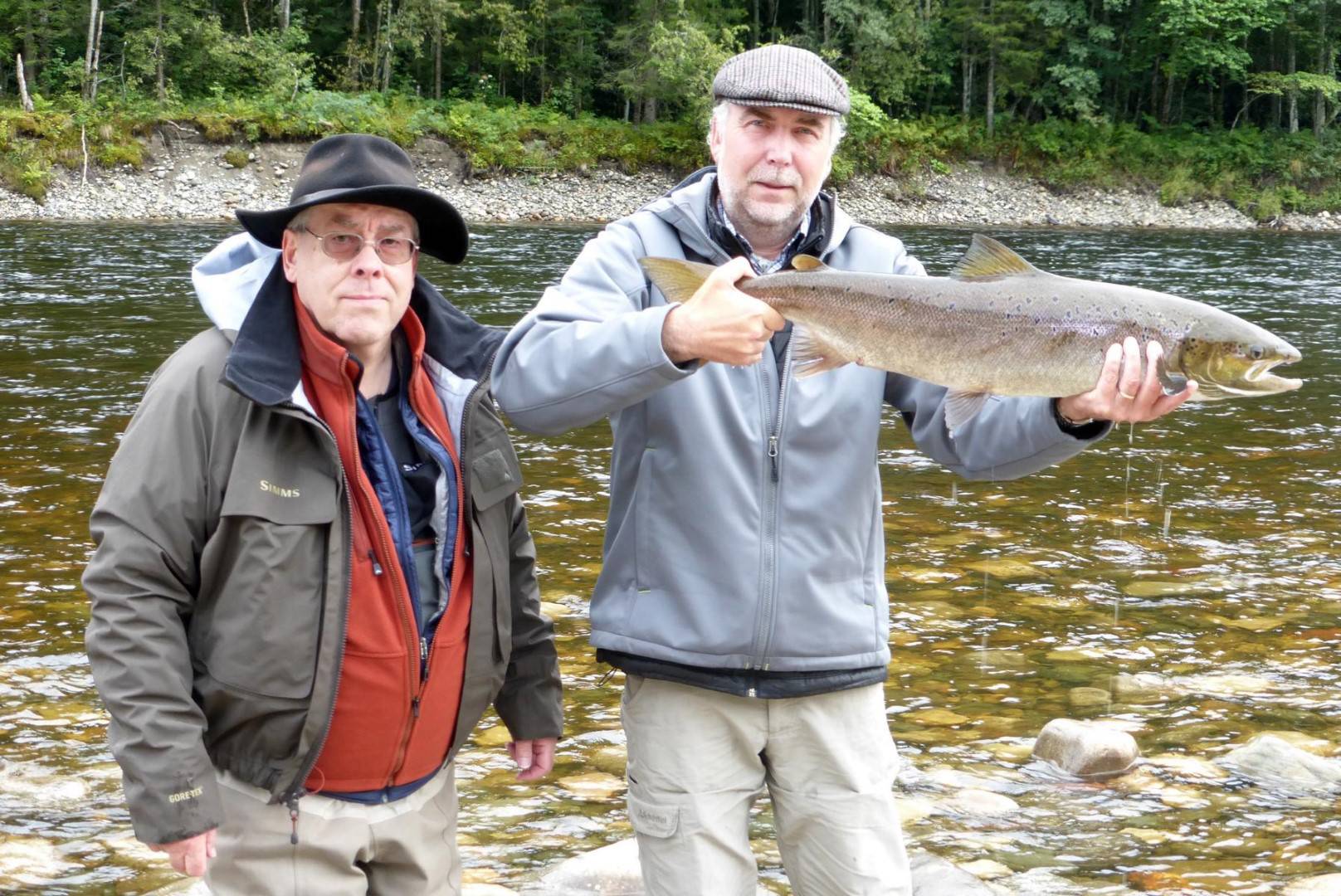 Bernd Kuleisa and Rüdiger Kolbe with his fish from Beat G1.

A good number of grilse were also caught by different fishermen, as well as another great fish of 13,5kg on Beat C2 by Matteo Mangoni.

Some more nice fish have been taken Robert Ramisch on Beat B1. 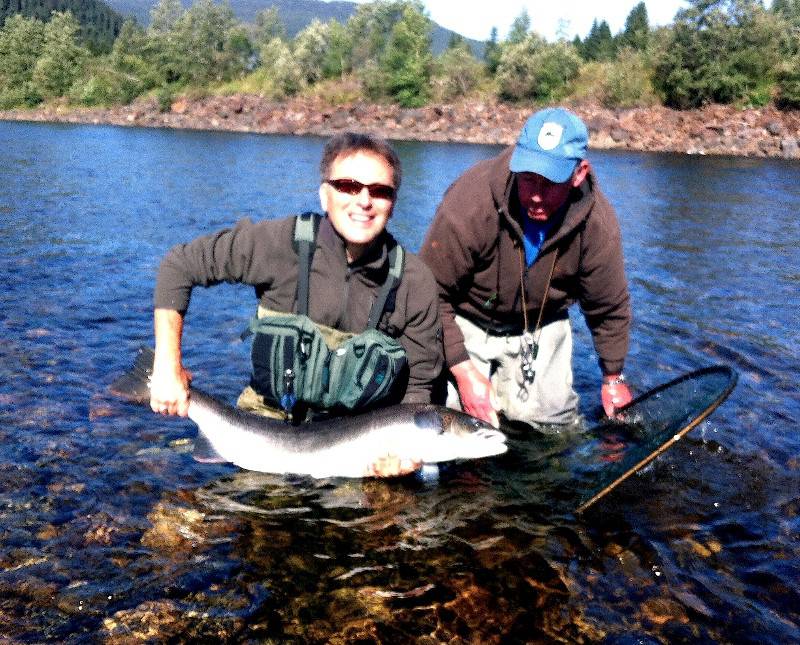 Matteo with guide Simon and his fantastic fish from Beat C2 – 13,5kg!

Some more nice fish have been taken Robert Ramisch on Beat B1. 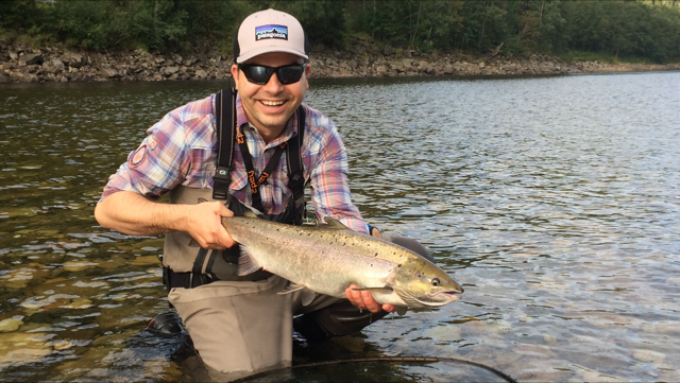 Robert Ramisch with his salmon from Beat B1 – about 6kg.

Thies Reimers caught a couple of nice fish on the backend of the season Langøy (Beat B1), another fish about 5kg and 2nd of 6kg. 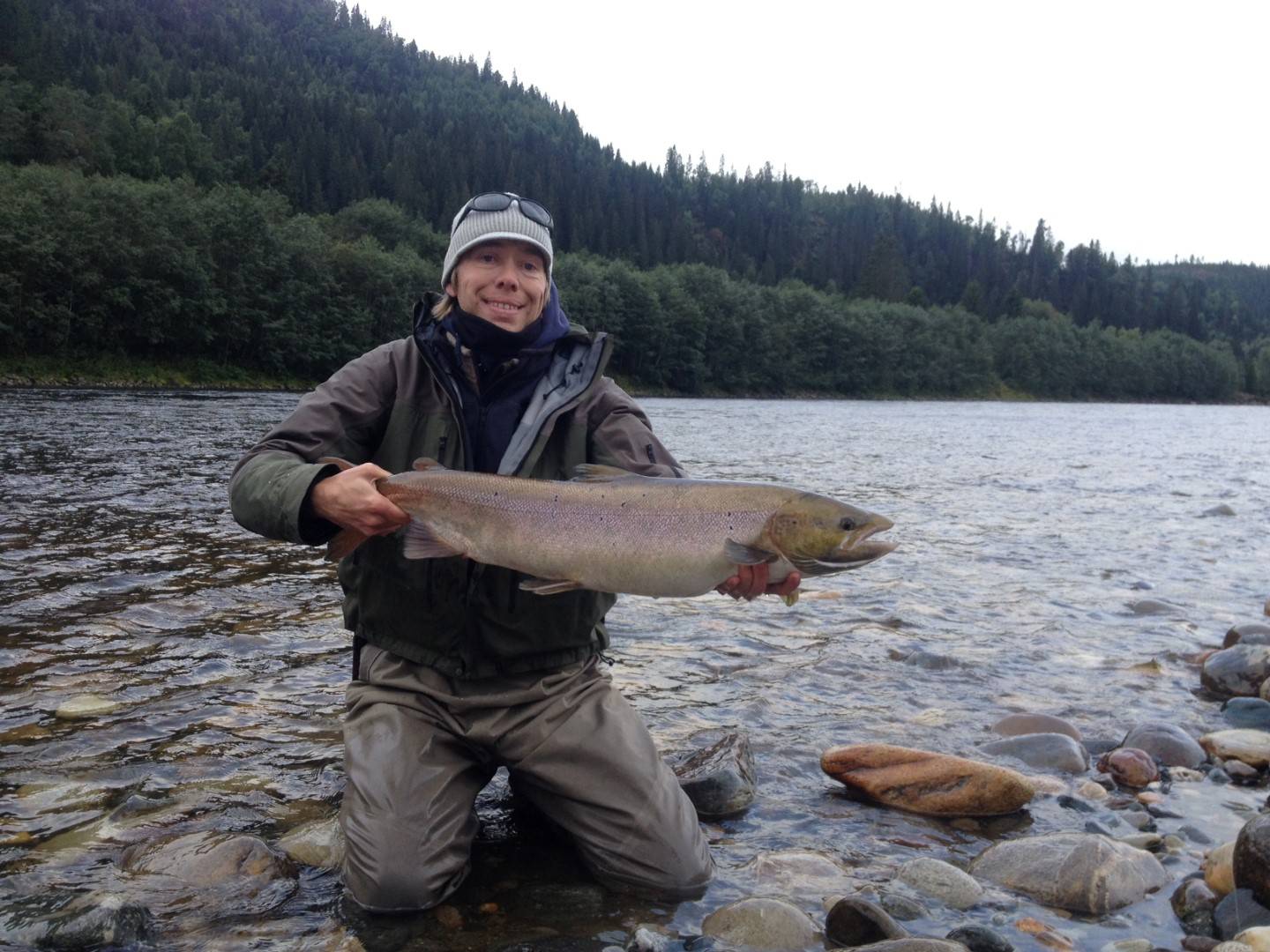 Thies with his fish of about 6kg from Beat B1. 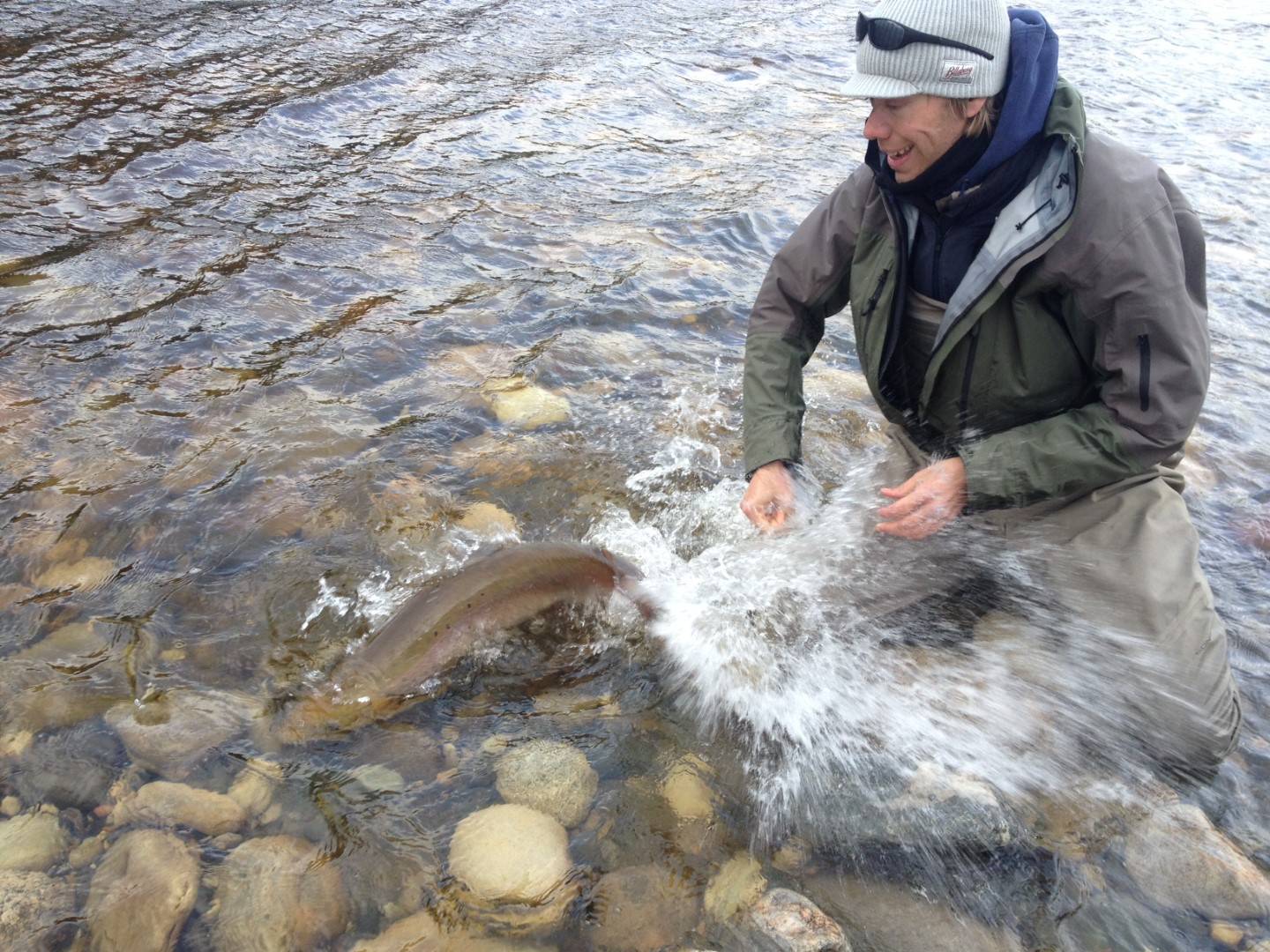 What a great release from Thies!

Regular guest Thomas Mahnke returned for the 2nd time this summer at the end of the season, to celebrate his belated birthday, and managed to land a few good fish, for example this nice fish from Beat BS1. Congratulations Thomas! 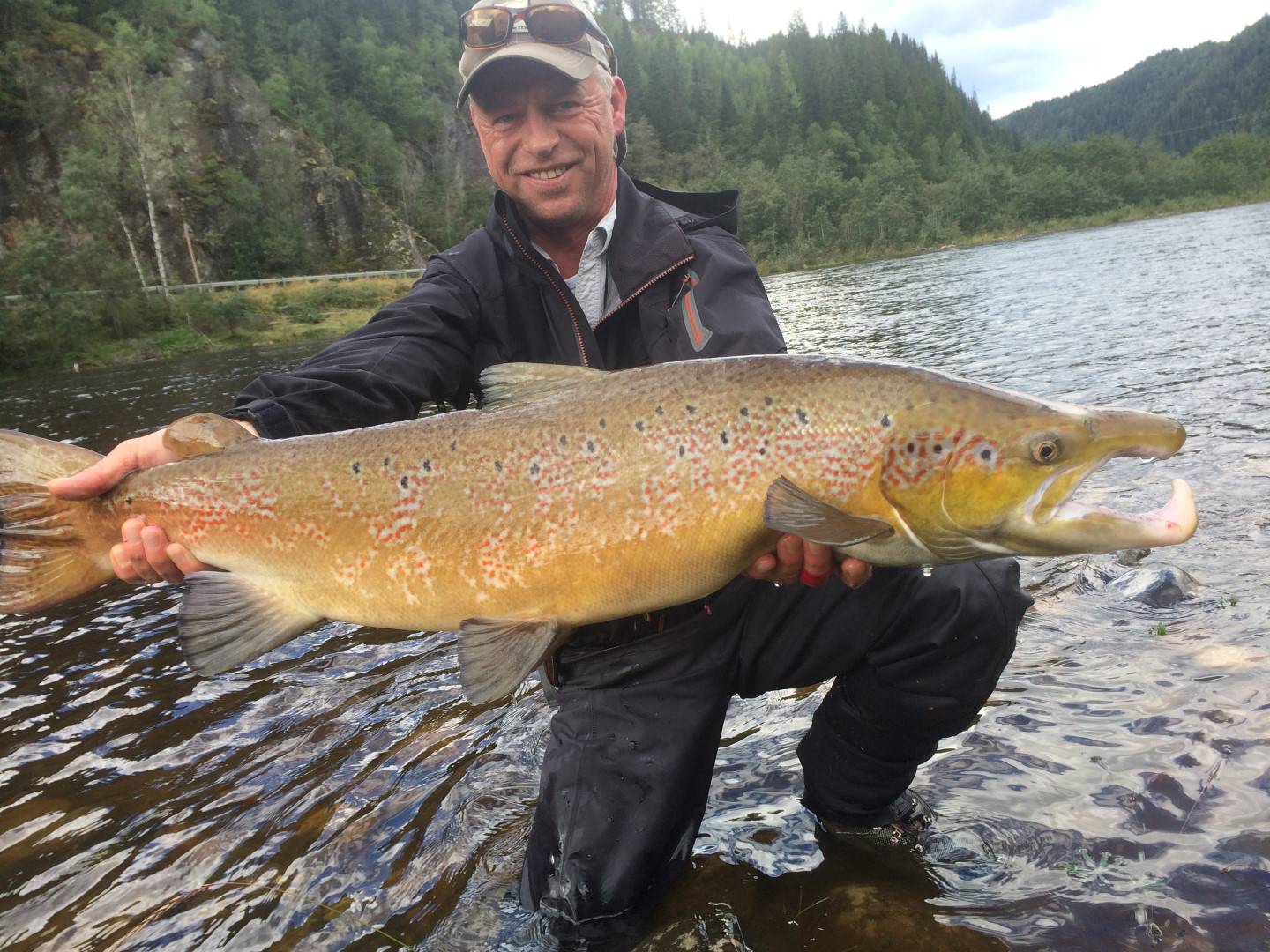 Thomas with his nice one from BS1 – weighing about 9kg. 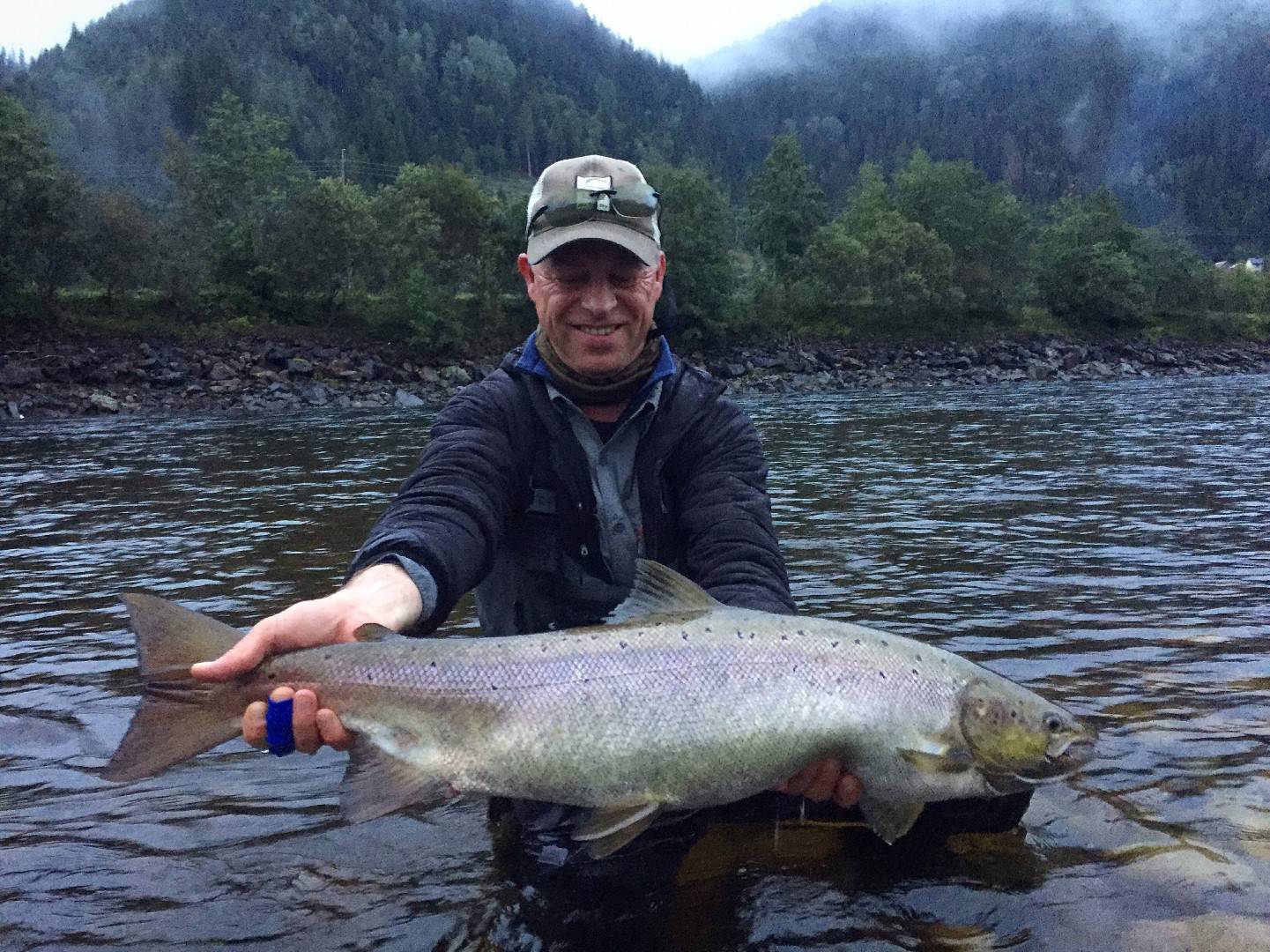 Thomas with another good fish from Beat C2 – about 7kg

Of course there have been many more good fish caught but often we did not have a picture as fishermen were fishing alone and had no chance to get a photograph.

The very last day the season finished with a fantastic fish from our Italian guest Armando Quazzo who just came for the last 2,5 days. His beautiful salmon was caught on Beat B1 on the 31st of August. 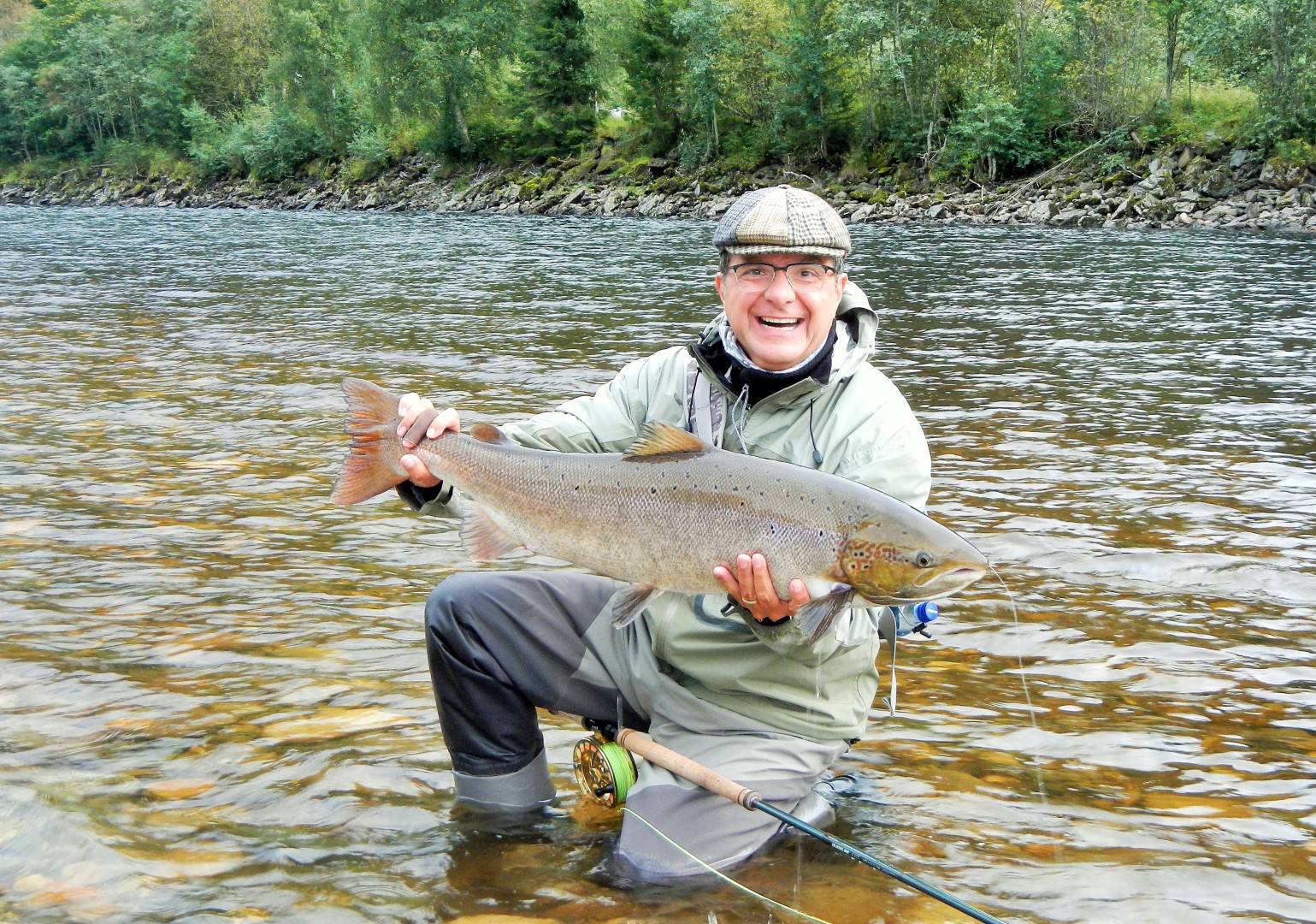 There has been a lot of speculation into the reason for the slower fishing in the second half of the season. On the one hand the run of the majority of the fish was very early this past season, as well as that the water level had no significant change for many weeks. Meaning, that the salmon already in the river would have no reason to move from their holding lies, as the river never rose far enough to “push” the fish out of their holding spots, and relocate- which is what usually makes fish more aggressive again.

Regardless, the Gaula experienced another good season, even better than the 2015 season which is great. It seems as though the Gaula, after a few tough fishing seasons, is back to “normal” again, with better returns of fish, and lots of big fish- the reason we all return each year!

There has been 27,541 kg’s of rod caught fish registered for the 2016 season. But certainly there are some fish missing and not reported so far, so that we might get close to the 30 ton mark which is a very good amount of rod caught salmon.

Since the end of the fishing season, we have all been travelling back to our “off season” homes, and we are already starting to make plans for the 2017 season! We have started the booking process and are confirming all the pre-booked rods during the next few weeks. Some weeks are already close to full, so if you have been planning a trip to the Gaula and fish NFC waters during the summer 2017 – it would be the right time to contact us about vacancies and planning trip with us.

We are already looking forward to a new season – especially knowing that so many of our regular guest will return in 2017 as well, but of course we are always keen to meet some new faces as well!

So, again, thank you all for a great season 2016! Full of so many memories, great fish caught, and delicious meals shared, and many laughs. We are all already dreaming on the first casts in 2017-  and it’s just months away until we will be back swinging our flies on the Gaula again!