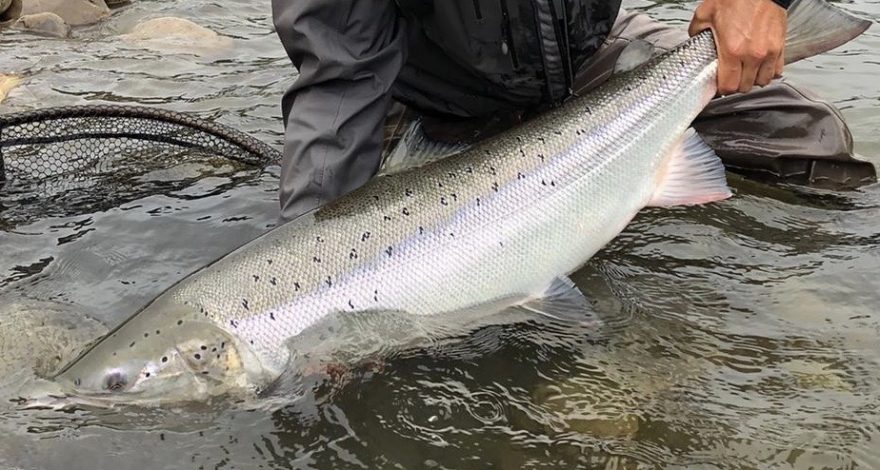 The Gaula season 2020 was very different – but the fishing was good.

Generally said the fishing in the 2020 season was a quite good if one looks on the catch reports – but for us at NFC and especialy because we operated without our Lodge, only with self catering accommodation and because most of our regulars could not come and fish with us this summer, it was a quite weird season.

Our fishing season started with unusual high water conditions. The salmon were not able to pass Gaulfossen until end of June. The snow melt of the huge snow amounts in the mountains kept water levels extremely high over a long period, the river started to digg in some areas so that our lower Beats were partly dirty in those high condtions – we experienced this in the past for a day or two but never for a couple of weeks or longer period. Well it seemed that not even the travel-ban for our international guests was all against us, even fishing conditions were a challenge in the beginning. There were a few gaps were we could at least catch the one or other fish. 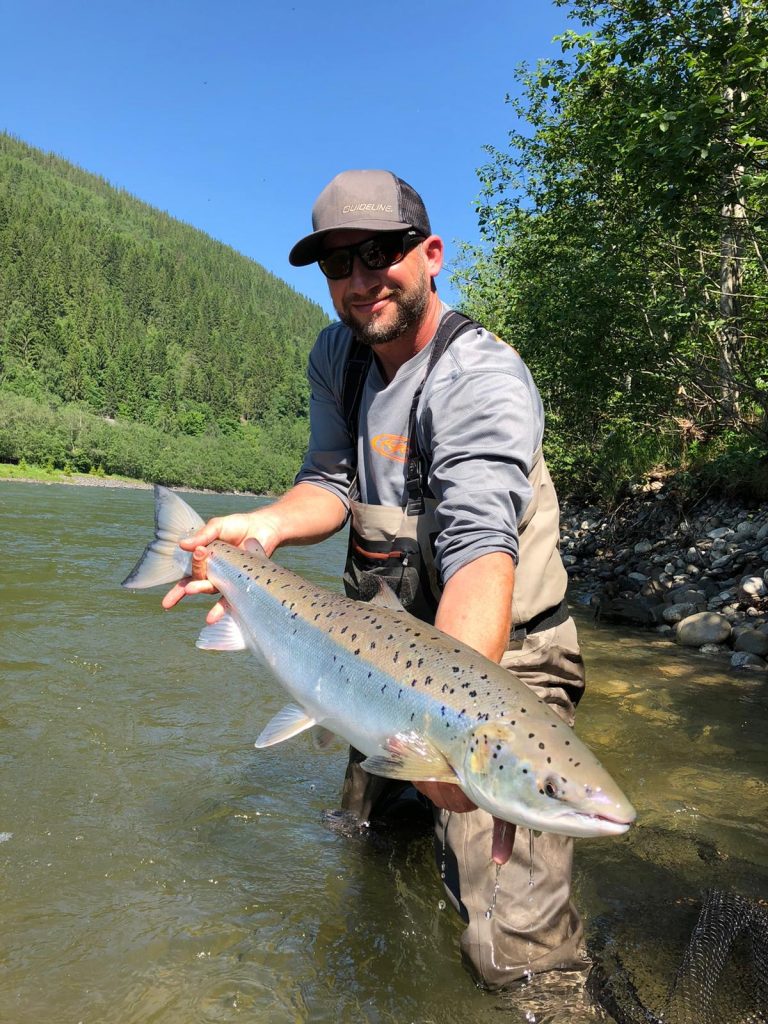 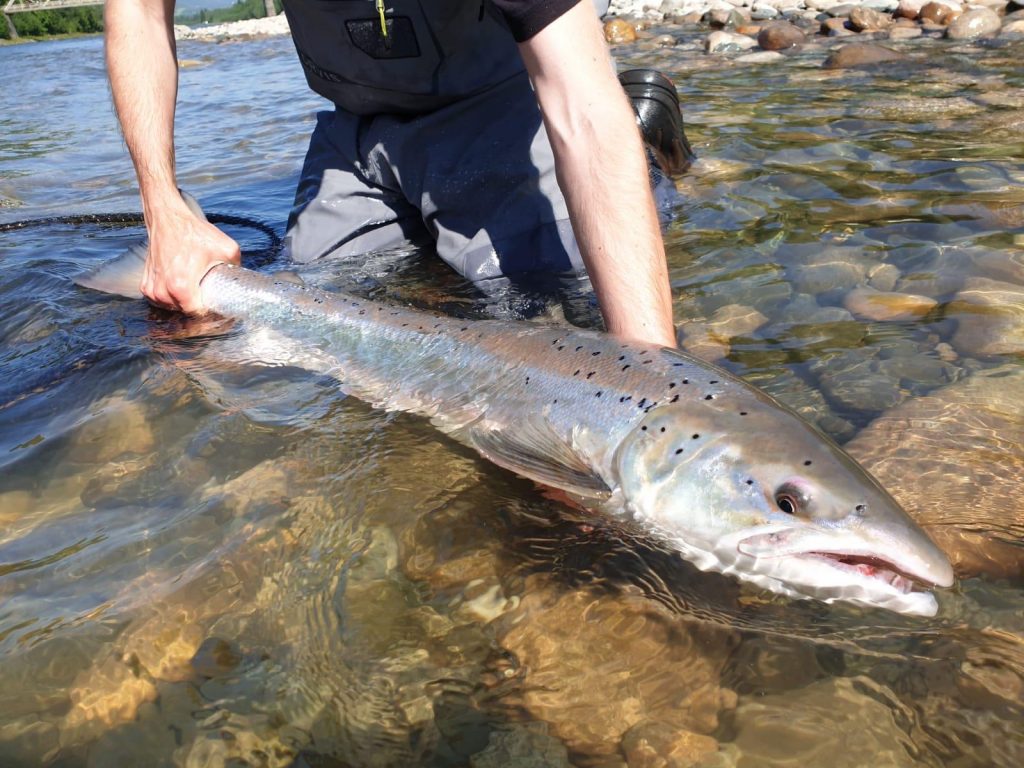 Things finally started to turn during week 26 – the snow melt was almost gone and a lot of fish were running the river and suddenly we caught fish in all our pools above Gaulfossen.

Catch reports came in basically all the time from our Norwegian guests during the prime weeks. 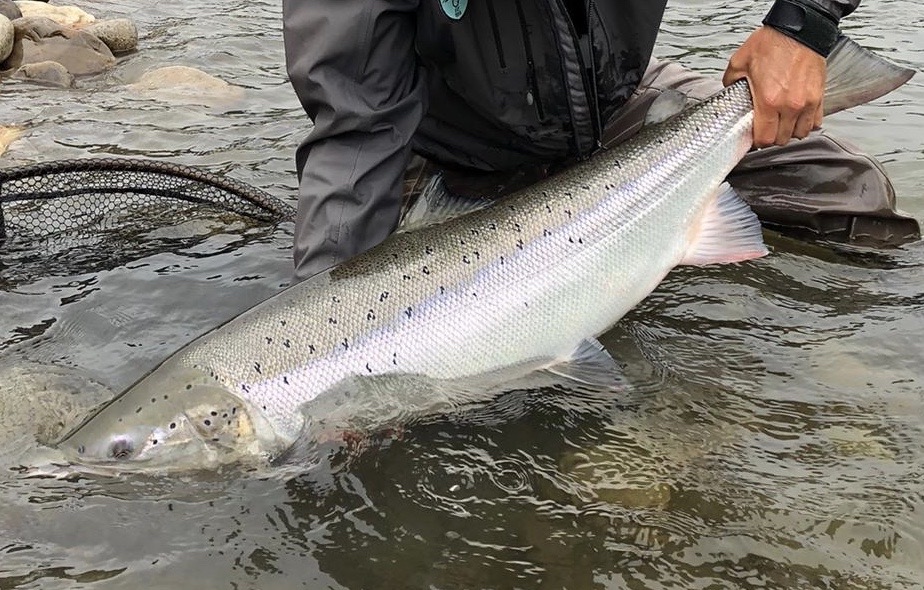 Our biggest salmon of the 2020 season was caught by Norwegian angler Eirik Fjelldal, who caught some really nice fish during his visit at NFC. The “big one” measured 119cm and weighed 17kg (37.5lb). 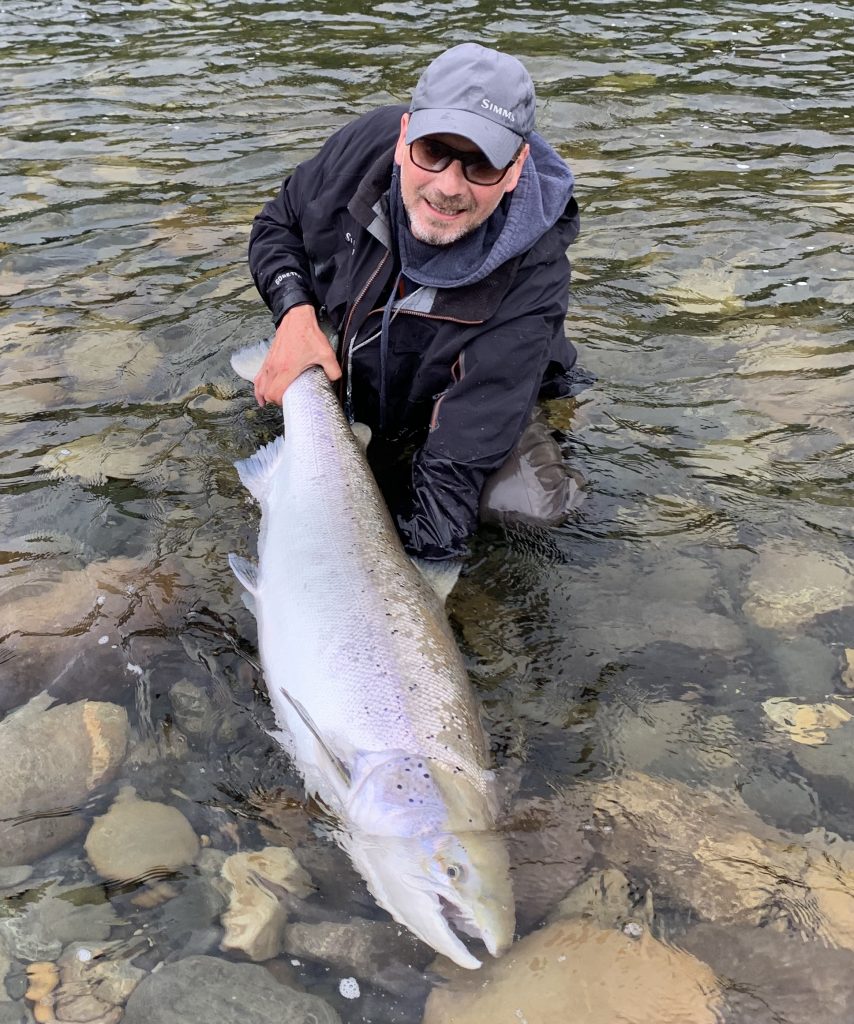 Eirik Fjelldal with his superb salmon from Beat B2.

Beat B2 delivered quite well this summer, so it looks like the Pool produces more and more fish every season. 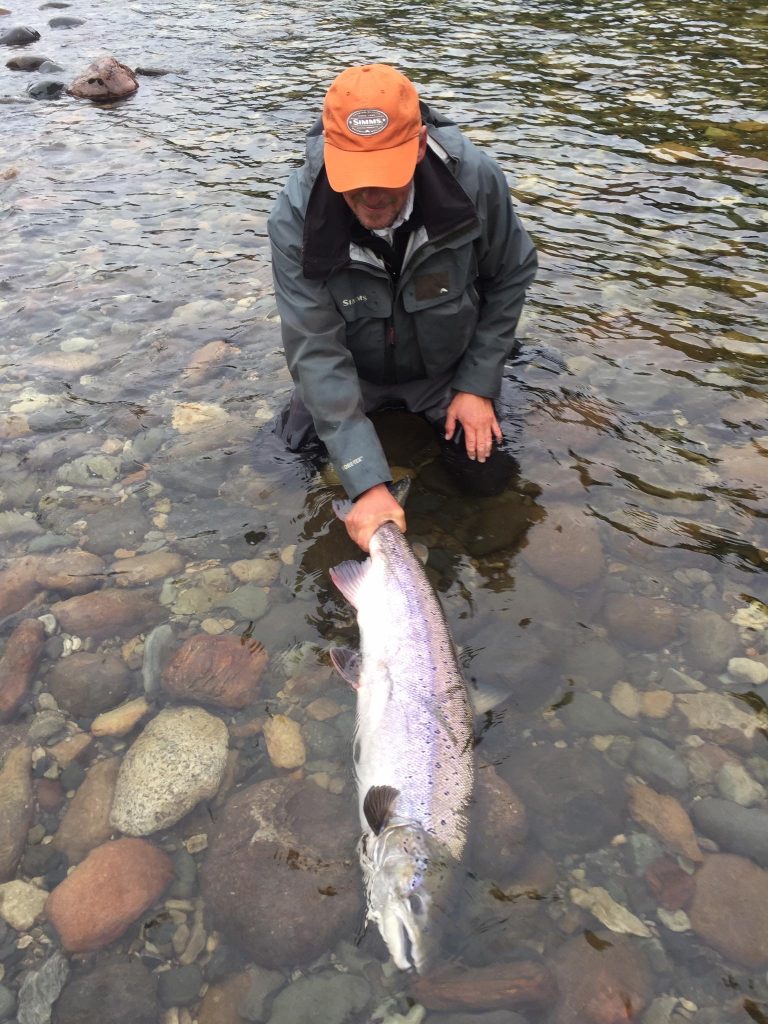 Mortan A. Carlsen with another fantastic salmon of 111cm from Beat BS1. 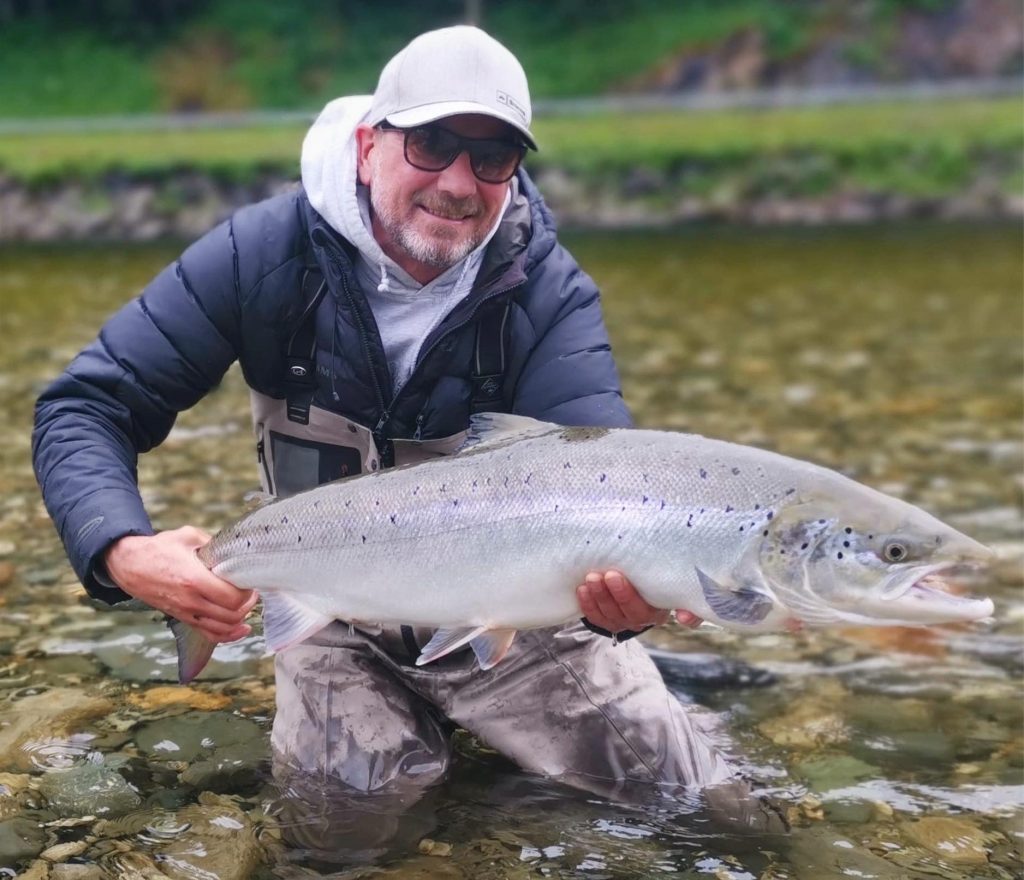 Another great fish for Eirik from Beat BS1. 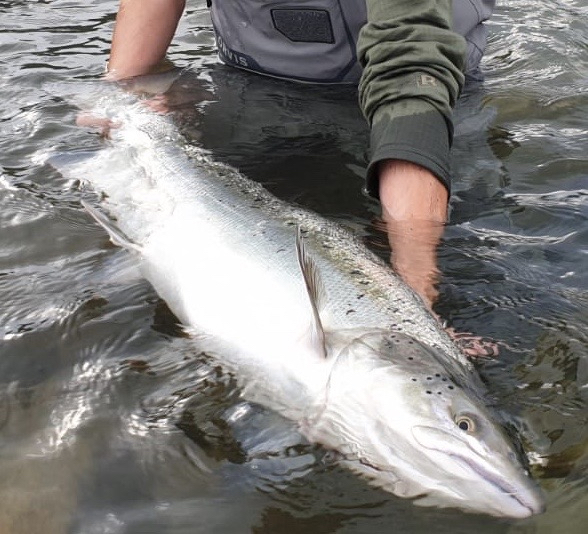 103cm of pure silver for Thies.

The fish have been spread now over the whole river system from the lower river to the very upper parts and as well in the tributaries as the Bua. 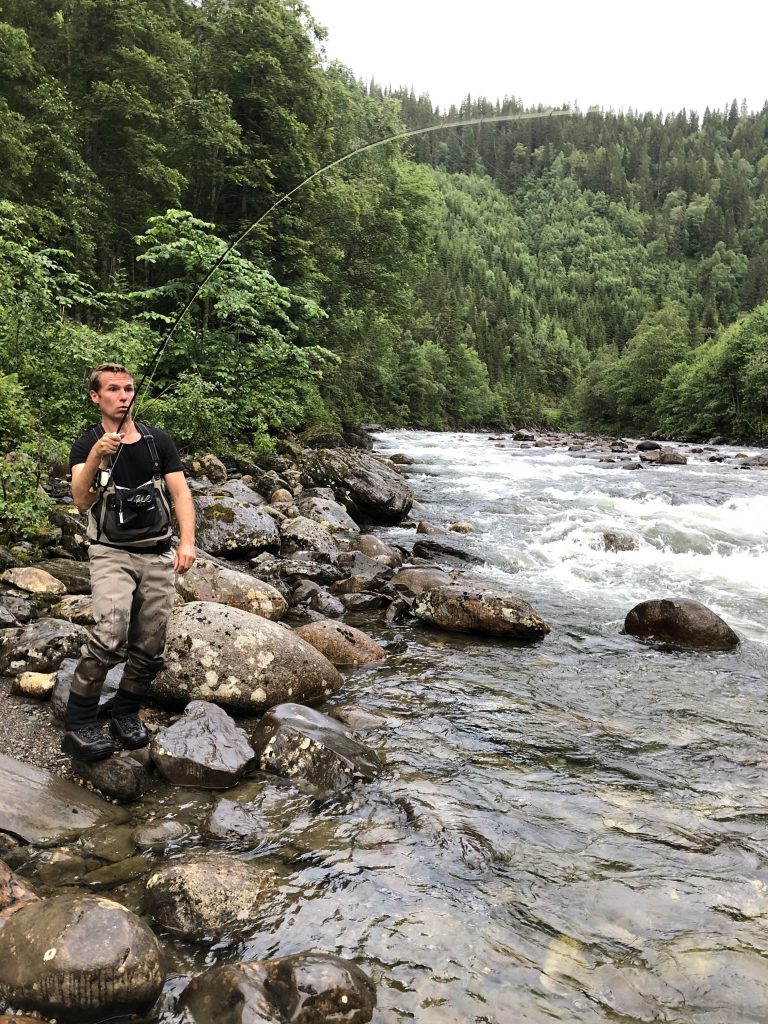 Daniel got surprised when the salmon put some pressure on his single handed rod. 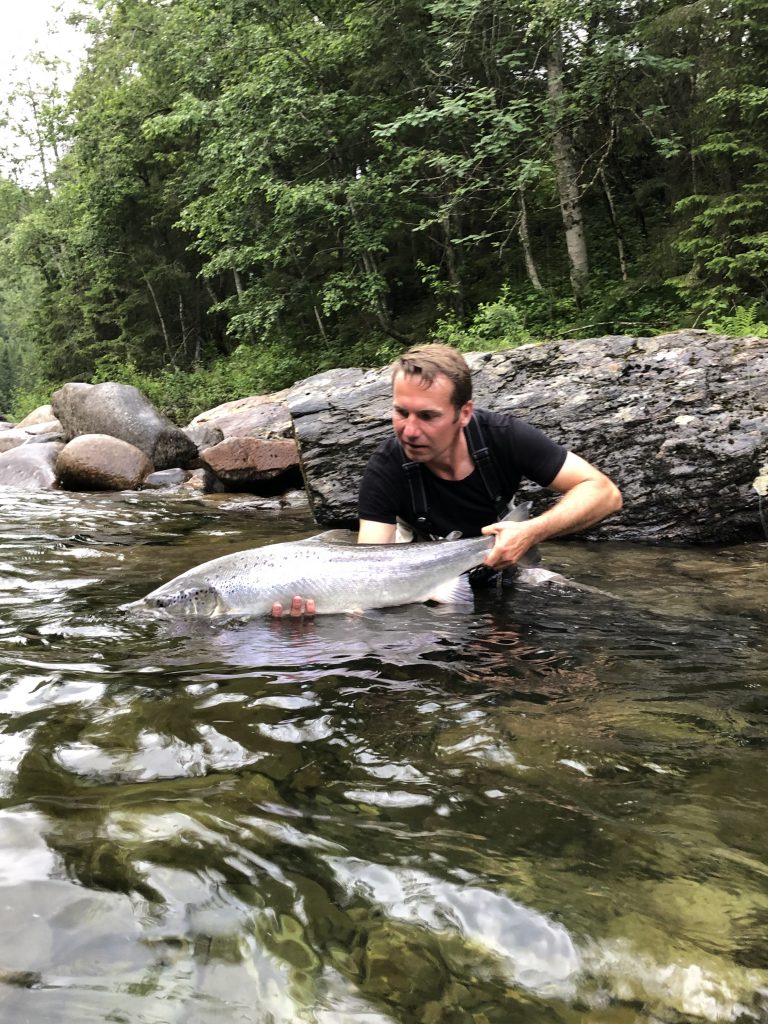 Nice Bua-salmon for Daniel of 95cm. 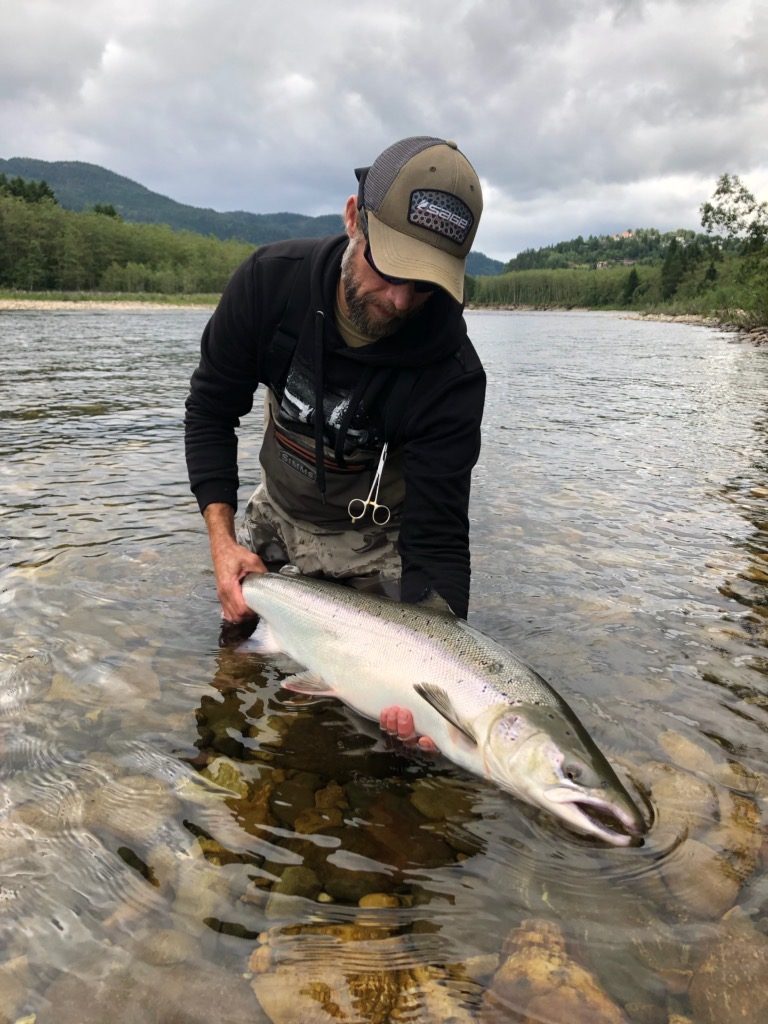 Petter Dragvoll with one of his salmon at NFC, this one was caught at Beat A2.

Also a few other European countries were able to travel into Norway now after 15th of July, so we could welcome at least a few of our regulars during the summer. 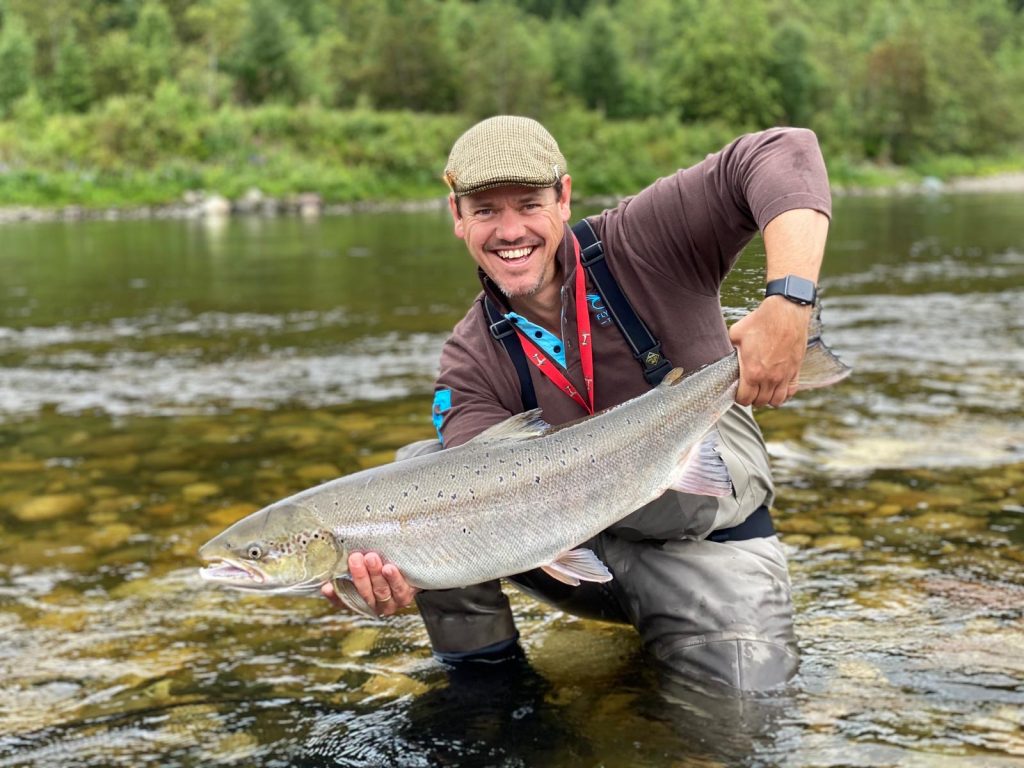 Excellent late July salmon for Mark Taylor from Beat A1.

After a strong run in prime time we slowly ran into a low water period, which luckily did not lasted very long this summer but fishing was not as good as the weeks before anymore. One had to work hard for each fish now. Different methods were the key now to keep catching fish as hitching, very long leaders on floating lines and even dry fly – which seems to be a very effective method as well on the Gaula, especially in August. We might have not tried it enough in the past but Henrik Mortensen showed us how good it can be and was able to catch a lot of fish during his visits at NFC on dry flies. A positive side note was that we started to catch good sized seatrout again – so hopefully thats another target we can aim for again in the coming seasons. 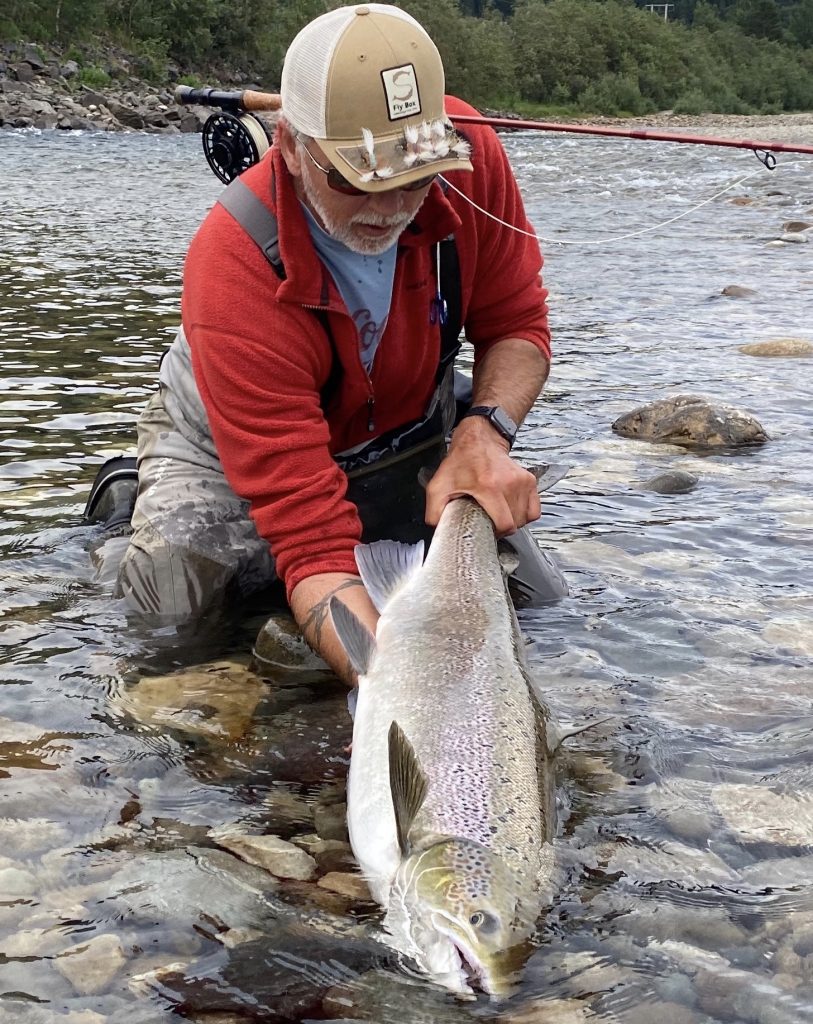 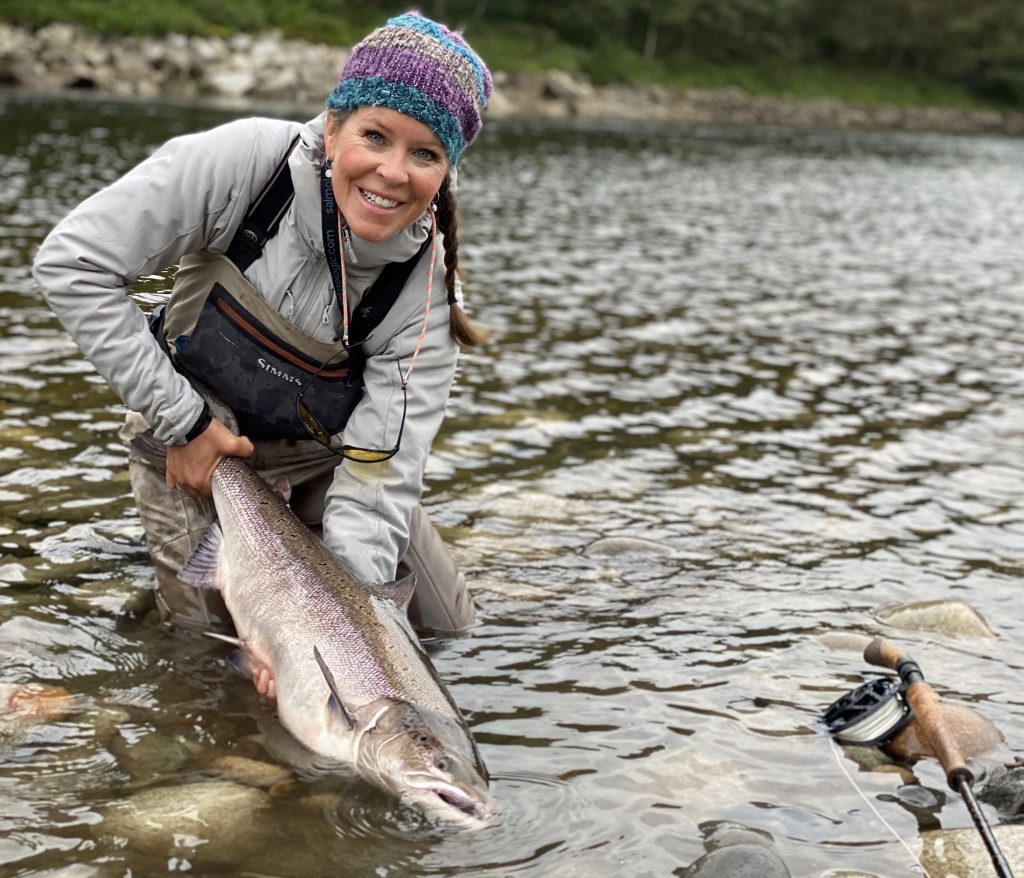 Mette Mortensen shows how it’s done with long leaders and a small fly at Beat B1.

As most of you know we moved all bookings from 2020 from all guests who were not able to travel this summer into the summer 2021. Nobody knows how the situations develops but we are very positve and have high hopes that we will have a „normal“ season 2021 again with all our foreign guests and regulars. We are planning the 2021 season now and if you are not booked yet and planning salmon fishing in Norway next summer it is the right time to get in touch and ask for vacancies. In some prime weeks we are of course fully booked already but we still have the one or other gap. Also during the early and late season we have some options available.

We are looking forward to hear from you and hopefully see many of you again next summer on the Gaula. Soon we will update you about our new waters for the 2021 season we are going to add to our famous rotation fishery.