Week 22: Next salmon landed on the NFC Beats 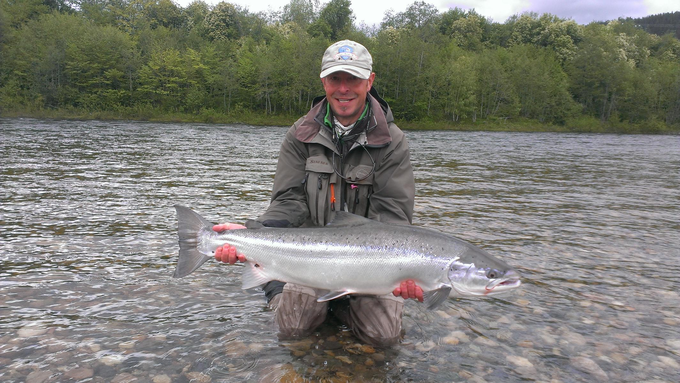 Although the conditions are challenging due to very cold water temperatures of about 4-5 °C and quite high water levels, our fishermen have been hooking fish and lines have been tight! First, we wanted to jump back to the 1st day, as promised, to show the pictures of Marc Henjum’s fantastic first Atlantic salmon he caught on Beat E2. Marc came over to Norway for a reunion with some of his relatives living here and made a stop on the Gaula to fish for 3 days with us and this was his first time fishing for Atlantic salmon! It did not take long, even with the tough early season conditions, to get into his first fish! On the evening of the first of June Marc was able to land a nice 7kg salmon – congratulations Marc! 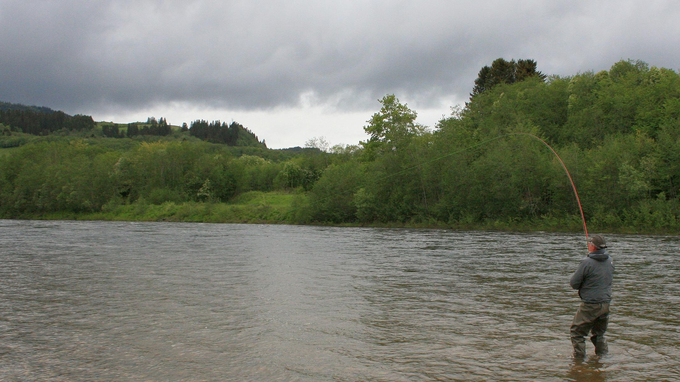 Marc is into his fish.. 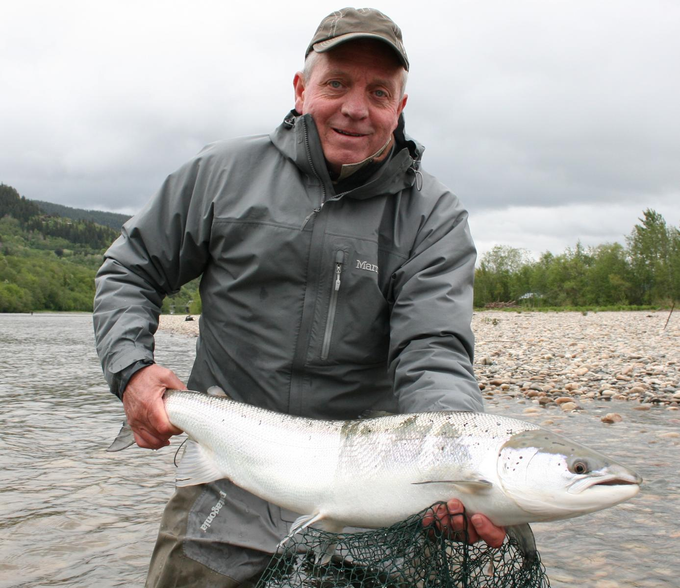 The 2nd day of the season was a slower day on the river and therefore the fishing too. It was freezing during the night and the water temperature dropped quite a bit, which seemed to put the fish off a bit. On the 3rd day heavy rainfall persisted, causing the river to rise. NFC’s general manager lost a good fish, shortly before landing, after 15 min fight on Beat E1.

The following night was a bit warmer, (still at a max of 8°C during the day time at the moment), and the water dropped to better level for our Beats on the lower Gaula.

At about 13.30h Bruno Fioramonti hooked a good fish, but sadly also this fish came off after a 10 minute fight. We expect to see warmer weather and less rain in the coming week, which will have a positive impact on the fishing as we move towards what we hope to be an incredible summer of fishing! 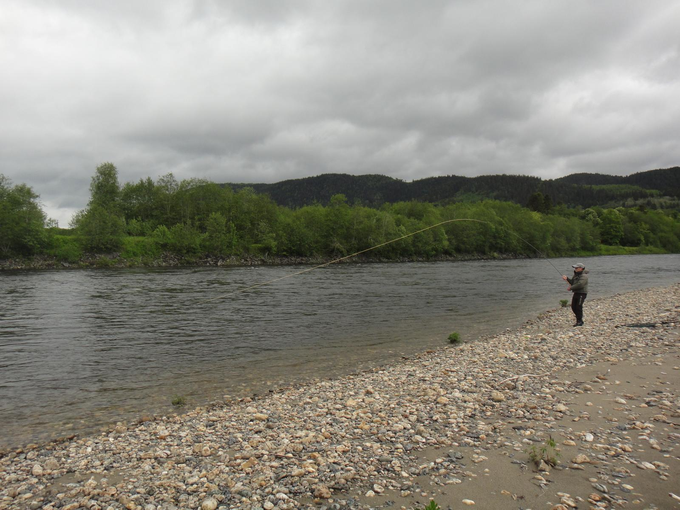 Bruno fishing his fish, sadly it came off…. 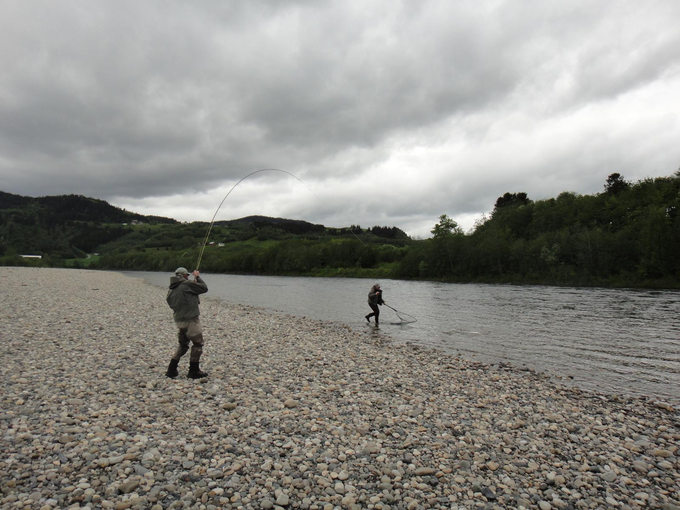 Jean-Luc just about to land his 2nd salmon in 4 days…not bad for the first week of the season! 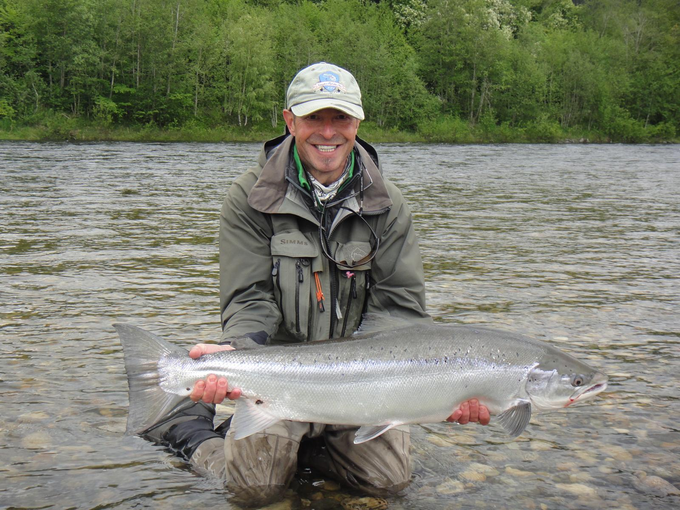 What a fish!! And clearly to see, a happy angler! 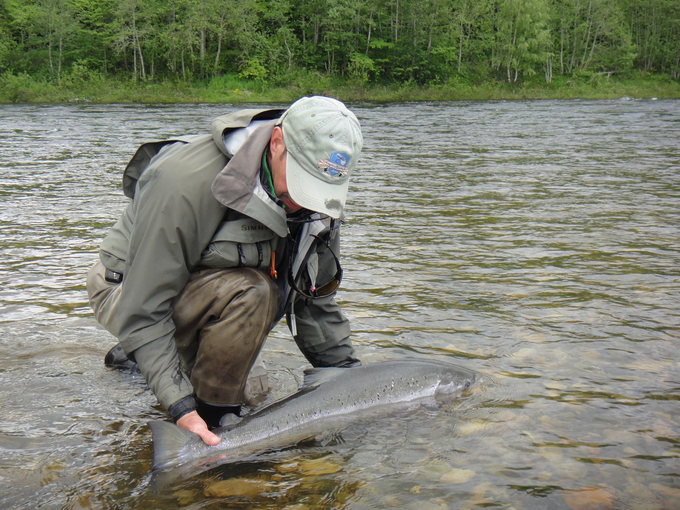 Jean- Luc releases his salmon – an end of a perfect day!

Generally the catches are promising by looking on the whole river and less rods fishing the river, which might be caused on the new fishing rules – that all salmon over 100cm have to be released (which NFC absolutely support) . There have been good catches on the Gaulfossen Pool and also on other places on the lower river, so we are just waiting the water level to drop hopefully down to a level which makes it possible for fish to pass the Gaulfossen soon, so that next week we can fish harder on the beats above the Gaulfoss – but, today Enrico saw on his way down river someone playing a fish in the Støren area – which means that there maybe are already more fish than we have thought….we will find out and keep you posted!