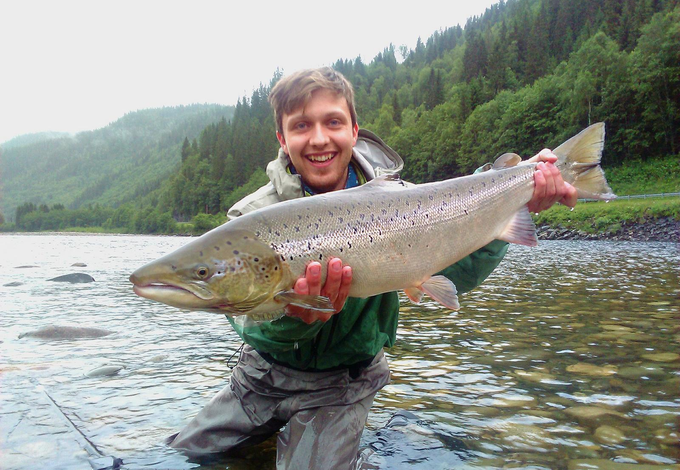 Week 31: Still good fishing on the Gaula on the NFC-Beats.

The fishing the last 10 days has been remained decent. Water levels are more or less on a medium level all the time and have yet to drop very low.  We are catching still fish in all sizes including very big ones, as displayed by Bernd Kuleisa’s fish from Beat B1 – a big male – about 12,5kg. 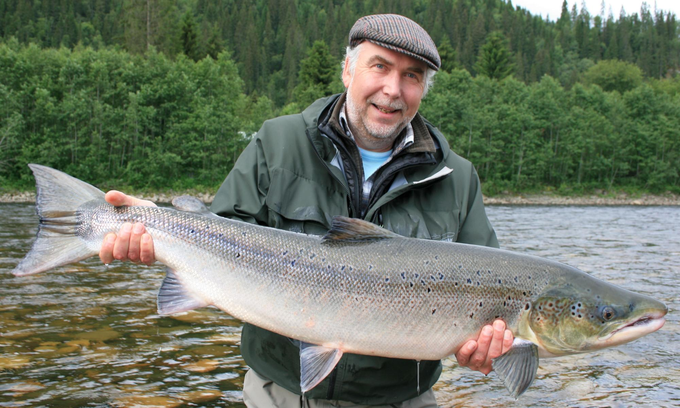 Bernd with his big fish from Beat B1.

Also NFC’s Enrico Cristiani had some good fishing the past few days after work and was able to land 3 fish, one grilse in Railway Pool and two decent fish of 5,5 to 6kg and another 7kg salmon in Beat BS1. 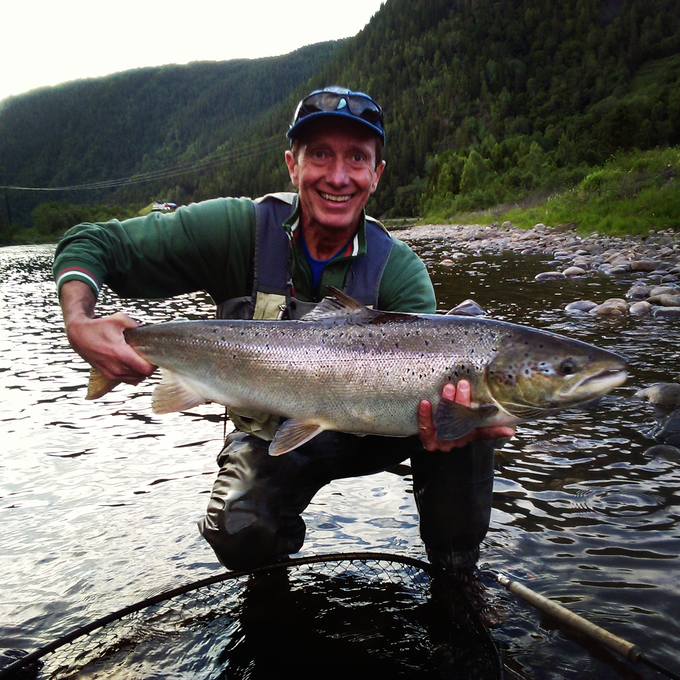 Enrico with his salmon of about 7kg from Beat BS1.

Regular guest Ingo Karwath from Germany was able to land 5 grilse and a few good seatrout during his week. He caught some of his fish on the “riffling hitch”. Tom Lillevik caught 3 smaller salmon on his short visit over the weekend.

Thies Reimers and Daniel Stephan had a bit time off and used the time well, catching fish in various pools. Thies caught two nice fish on Beat B1 of 6kg and Daniel several grilse on our E- beats, in the Storen Area and a decent fish of 4,5kg on Beat A1.

Michal Vavro from Slovakia was able to land his first Atlantic salmon on Beat BS1. 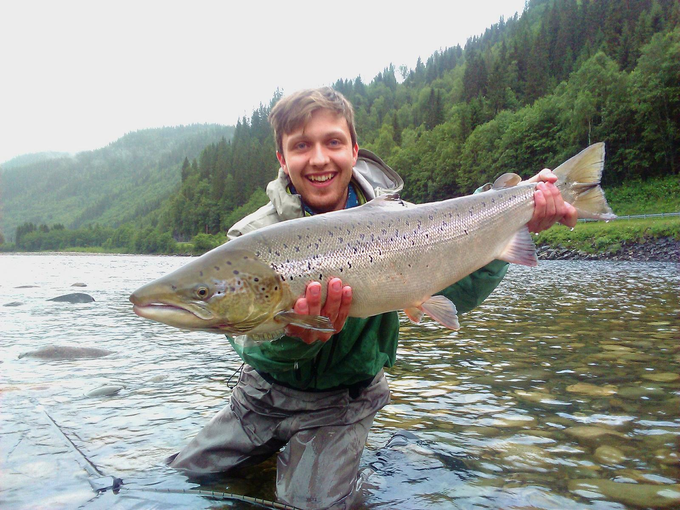 Michal with his first salmon of about 5,5kg – well done Michal!

Jack Rodat and Michal did some exploring in one of the Gaula tributaries, with success! Jack caught a nice salmon of about 6,5kg – congrats Jack! 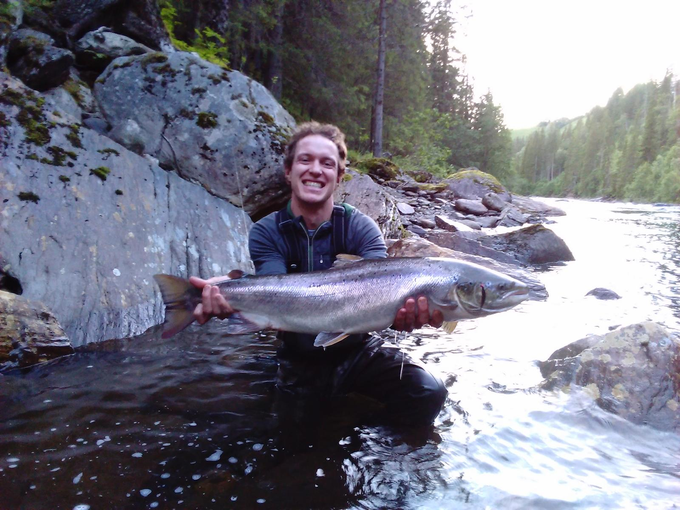 Jack with his salmon.

Lodge’s Chef Per Högvall caught several grilse between 2 and 3 kg. Also Sawyer Connelly was able to land his first Atlantic salmon in Railway Pool. Bernd Kuleisa had two more nice fish from Beat BS1 a few days ago of 5,5 and about 6,5kg. 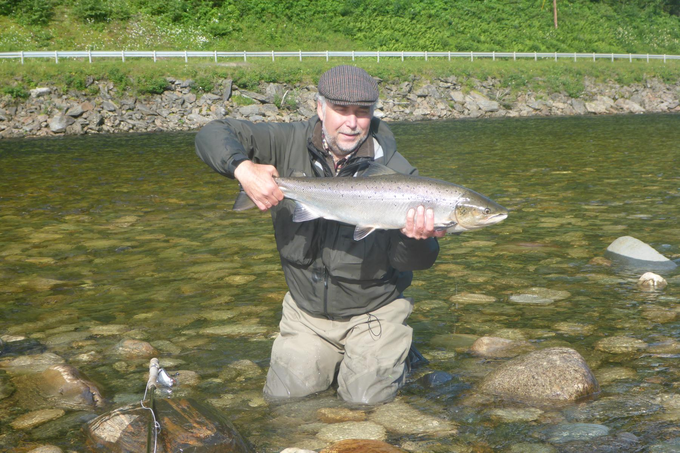 Bernd and his 5,5kg salmon from Beat BS1.

Also our Norwegian guest Stein Erik Lid had a good time during his week and was bale to land several grilse, some good seatrout, and lost a really big fish in BS1 after 10min of fight.

The Gaula is still running with over 65 m³ at Gaulfossen and we finally expect the water to drop down below 50 m³ this coming week. We are actually glad about it! We have not seen the river on the “low side” this summer and it will be exiting to see how some of the pools that have not seen fishing yet do, such as Long Pool, Junction Pool and Upper Pool – as well exiting to see will be how the E-Beat will perform this late season – always good for a big, fresh and sealiced surprise!

We still have vacancies through the end of the season if you are interested in a short notice visit – just get in touch!