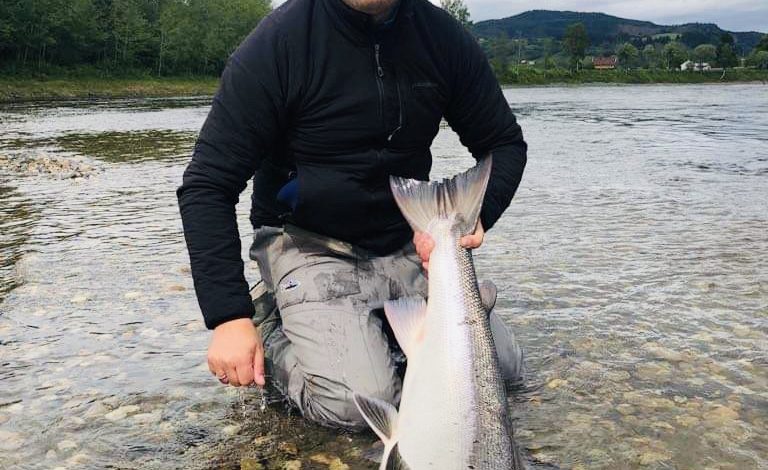 The season 2019 has started – there are very big fish around!

Our salmon season 2019 on the Gaula has started Saturday at midnight. The conditions have not been perfect for flyfishing since the temperatures dropped down quite a bit – it even was snowing it the upper valley. We have not been surprised that the start days have been a bit slow – but it seems a lot of big fish are entering the river these days. There haven’t been caught many “smaller” fish – most fish are well above 100cm.

The first two days we only lost a couple of fish on our E-Beats, until Sacha Pütz from Germany arrived on the morning of the 3rd of June and just fished 10 min until he hooked into a big fish at our Beat E6. After a very exiting fight in high water conditions Sacha was able to catch and release salmon Nr. 1 for us – 114cm and weighing about 15,3kg (33.5lb). 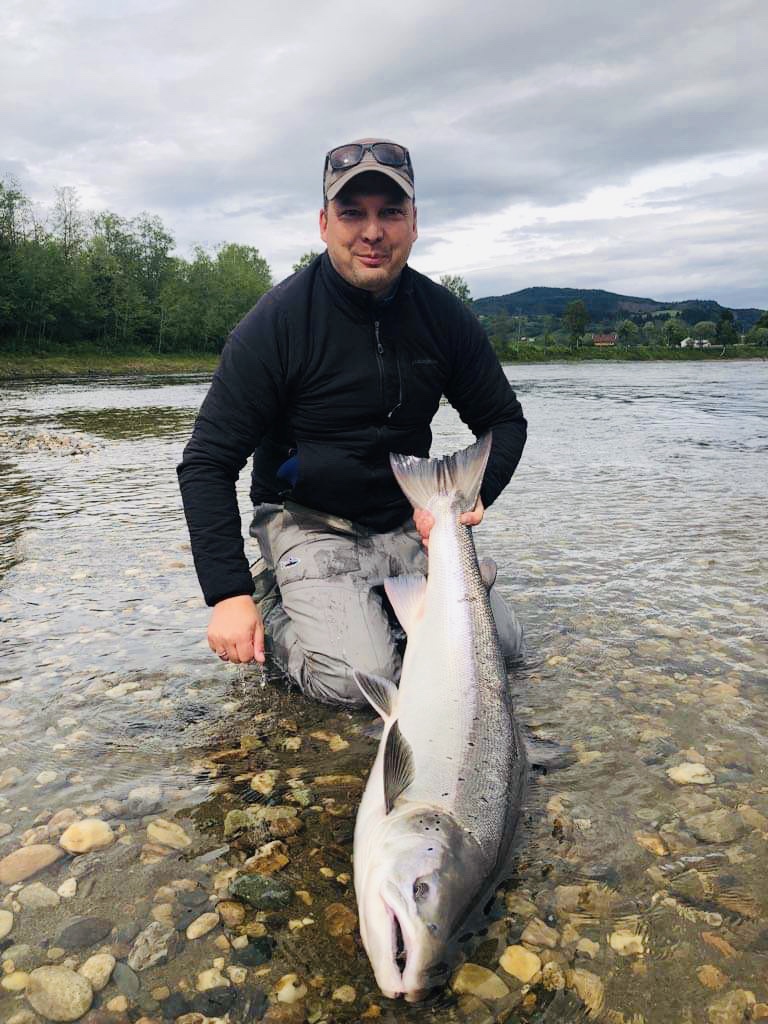 Sacha with the first one for NFC – a superb salmon of 114cm! Well done, Sacha!

The following hours were surprisingly quiet but our American guest Gray Struznik landed the next big fish, his fish measured 111cm – weighing probably about 14kg  (31b) and was caught and released again on Beat E6. 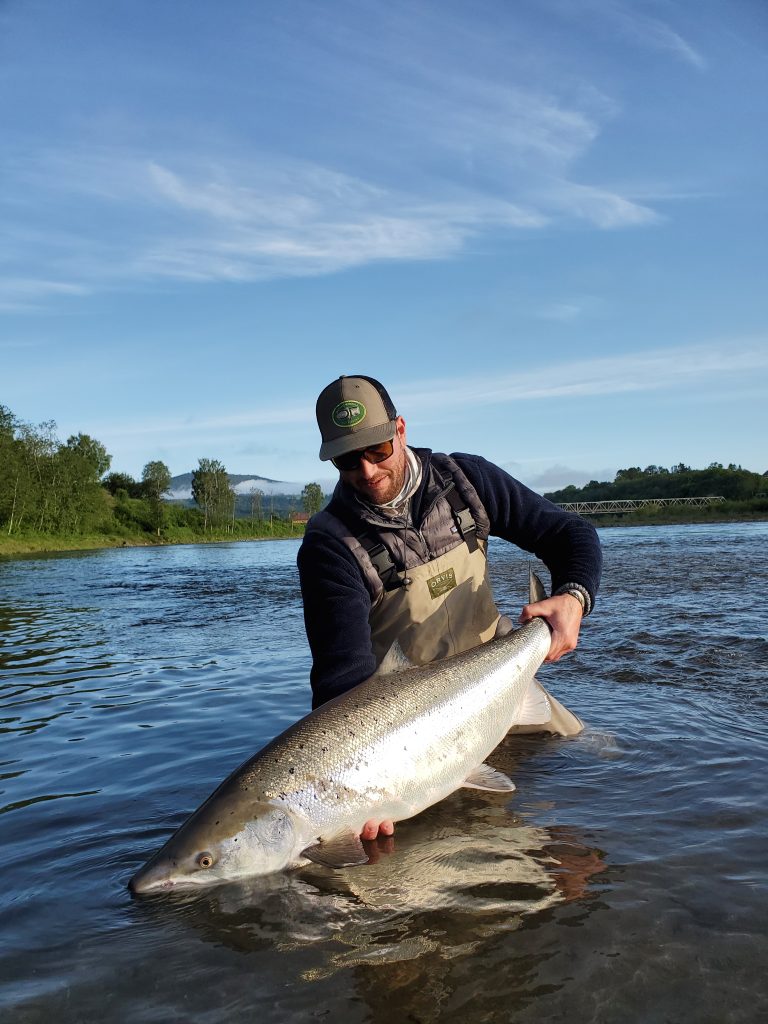 Gray Struznik holding his awesome salmon of 111cm. What a fish!

Our French fishermen Christian Petuya was able to catch and release another big fish of 103cm on Beat E3. They also saw a couple of fish moving – so it looks like things will be improving! 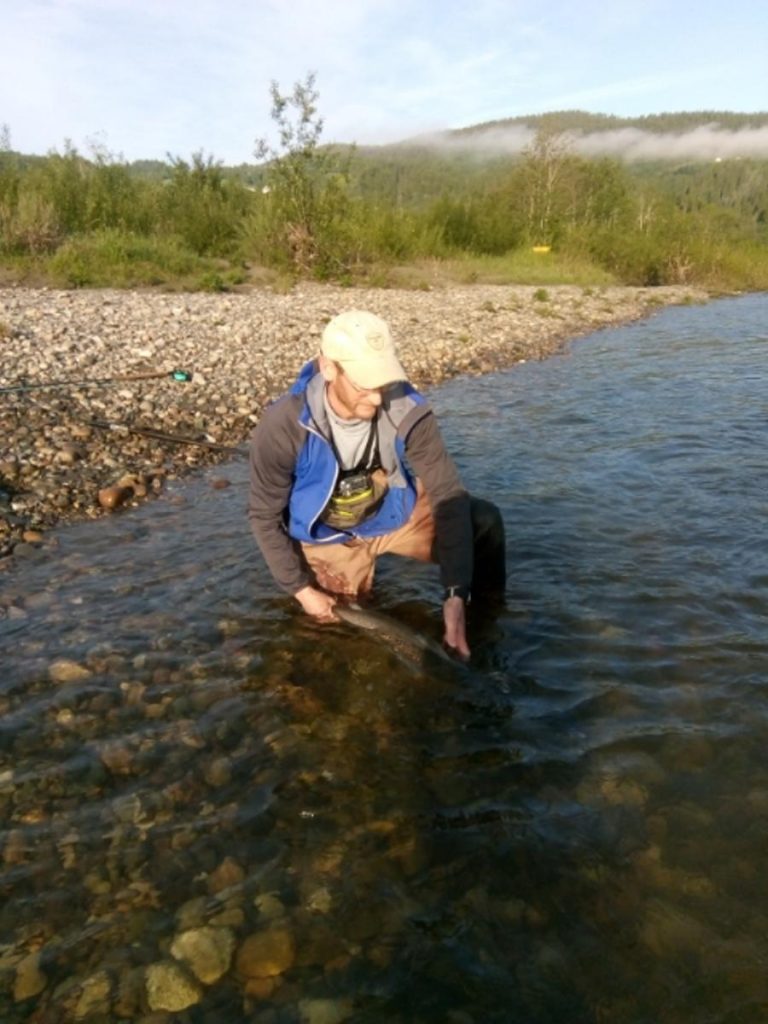 There are not too many fish yet, but these big fish are well worth the effort and time one puts in! Well, it’s very early in the season, it has been the coldest May in almost 100 years, it probably takes a few more days until things finally wake up and we can report more of these big salmon. They are on the way, thats for sure and we can’t wait to see what the next days will bring.